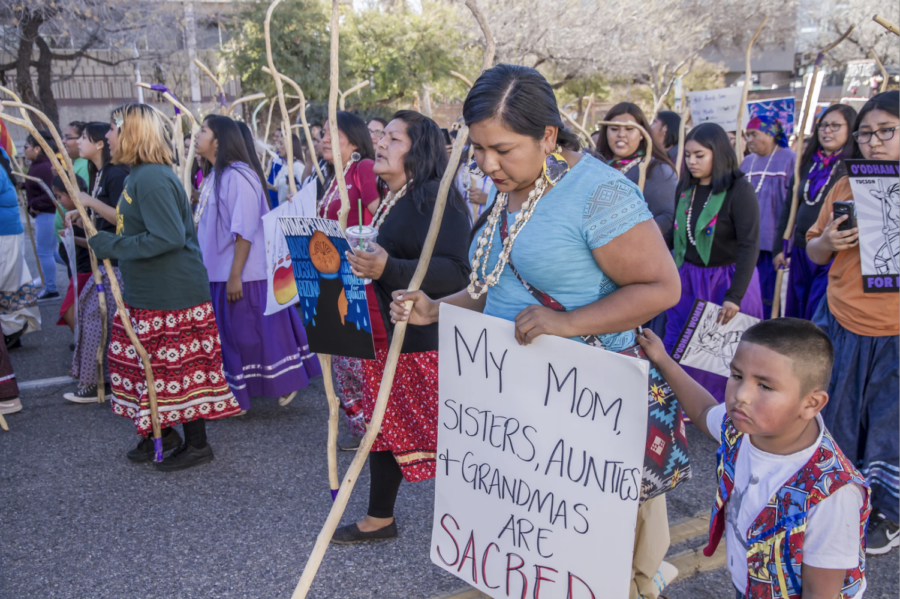 In 1990, President George H. W. Bush signed into law a joint resolution declaring November as National American Indian Heritage Month. There had previously been other acts by Congress and states to recognize America’s original inhabitants, but this initiative would last for the entirety of November. Although each tribe observes its own customs and histories, natives remain united and proud of their culture despite the historical abuse perpetrated against them.

I myself hold Native American ancestry with Shoshone and Apache blood. I think it’s great to have a month celebrating the contributions, stories and heroes that hail from this land. Young men and women of native ancestry should feel proud of their heritage, and know their history.

However, I believe that as a country we should do a better job at spreading awareness for what life is like on a reservation, what issues plague them and how the federal government prevents many tribes from prosperity.

First are the issues of rampant addiction and domestic violence. One in ten Native Americans reports a substance abuse disorder. In a 2018 study, nearly a quarter admit to binge drinking, and one in six native adolescents admit to underage drinking, the highest of any ethnicity. Domestic violence statistics paint a dark picture, with 83 percent of all natives experiencing some form of it in their lifetimes, according to the National Institute of Justice. The NIJ also reports that while two fifths of all native women that fall victim to violence will need urgent legal or health care, only thirty-eight percent have access.

I’ve never lived on a reservation, nor held tribal status. For those who do, life is difficult. Most  reservations are miles away from major metro areas that supply good paying jobs. In a list compiled by the Bureau of economic analysis the fifty counties with the lowest per capita personal income for the most part either included a Native American reservation or a prison facility. Although only twenty-two percent of natives live on tribal land, there is no excuse as to why so many live with economic conditions comparable to a prison town.

Lastly, Native American land remains under trust by the federal government so native land can’t be purchased by non-natives to retain original tribal borders. While well intentioned, this restricts tribal governments from having true property rights on their own land. This impacts abilities to receive a loan, and use land for commercial use the way other Americans can. The only other groups of Americans who have their land under trust are children and the mentally disabled. If natives had true property rights, they could determine their own destiny.

Native history should be celebrated. America’s story could not be told without our own. But in addition to telling it, the issues that face the native community must be addressed, and natives should be given the proper opportunity to participate in the economy.