Student Loan Forgiveness: A Wrong Step in the Right Direction

How beneficial was Biden's move to cancel student debt? 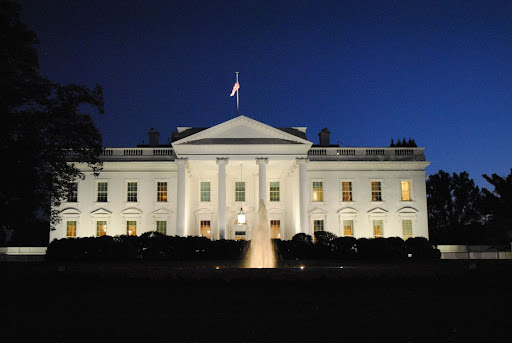 President Biden’s student loan forgiveness plan has been met with mixed reactions since it was announced on Aug. 24, though according to FiveThirtyEight, his poll numbers have rebounded. They stand at roughly 42 percent as of Sept. 17, up from the mid-summer low of 37.5 percent.

At face value, eliminating up to $20,000 in federal student loans for millions of Americans  may not seem like a political move, rather just what is right.

“I understand that not everything I’m announcing today is going to make everybody happy,” Biden said as he unveiled his plan. “But I believe my plan is responsible and fair.”

Spoken like a true politician. Biden fails to take into account that this move does fundamentally nothing to keep the rising costs of tuition across the country at sustainable levels. When examining the data, the plan undercuts his talking points on ‘deficit reduction’.

First, the Committee for a Responsible Federal Budget (CRFB), a nonpartisan watchdog often cited by politicians in both parties, asked the simple question: How long will it take for the canceled student debt to return? Approximately five-and-a-half years, should all eligible borrowers receive debt cancellation.

That’s because debt cancellation is a regressive policy. It does nothing to reform structural issues that cause colleges and universities to unload so much cost onto the backs of their students. It also allows for less accountability in schools.

For instance, when many students inevitably default on their loans, why are the universities at which they studied not at all on the hook for help in repayment of those loans? According to U.S. News & World Report, which is often cited in educational reporting and ranking, endowments for some of the top universities are in the tens of billions of dollars.

In 2020, the Brookings Institution, a research group, studied what percentage of student-borrowers default on their loans. It found that the percentage of students graduating from four-year for-profit schools and then defaulting on those student loans five years later was a whopping 41 percent. For two-year programs, it was 33 percent.

The data also shows that over a quarter of community-college borrowers, 14 percent of public school borrowers, and 13 percent of private school borrowers will default, all in that same five year period. These numbers may seem low, but with over 45 million borrowers in the United States, those fractions equate to millions of students.

If college is an investment into students’ careers and knowledge, institutions should be held partially responsible when things don’t go according to plan. Even the most skilled investors will take bets on businesses that don’t pan out. But when things go south, someone has to help foot the bill.

Administrative cost is also something that should come under more close scrutiny. Between 1980 and 2020, the collective costs that go into receiving an undergraduate degree has ballooned by 169% according to a report conducted by Georgetown University and cited by CNBC.

But during this time period, higher education has seen the dawn of bloat in its leadership. Associate professor and graduate coordinator in the department of Political Science at Kent State University, Daniel E. Chand, writes about this in his op-ed for The Columbus Dispatch.

Chand is hardly alone in his observation. Researchers at the Planning for Higher Education Journal found that “postsecondary institutions in the United States spent $536 billion… however, at state or public schools, only 27 percent of this spending was used for educational purposes.” The Journal cited the National Center for Education Statistics’ data from the 2014-2015 academic year.

One can only imagine what this figure is today as the total dollar amount of loans has risen.

In that same research, The Journal also states that “during the post-World War II era, the American Association of University Professors (AAUP) advocated for shared governance between faculty and campus administrators through faculty senate.”

The researchers describe this time period as “a golden age for faculty, who were able to direct changes in campus operations and academic mission, but their control began to erode as the number of administrators increased.”

Essentially, the administrative bloat in higher education is due to the overmanagement of each individual department, which most universities could go without.

In his article Chand writes “If you do not believe me, try jumping through all the administrative hurdles tied to ordering pizza from a local restaurant for an on-campus meeting, as opposed to paying for the overpriced contracted university food service.”

Last to go are Biden’s touting of deficit reduction as part of Democrats’ “Inflation Reduction Act”. The total deficit reduction from the bill comes out to $300 billion according to data compiled by Senate Democrats, though some critics say the figure is more nuanced than meets the eye.

This will be short lived, as the Penn-Wharton Budget Model — often cited by both Republicans and Democrats — estimates that total plan costs could exceed $1 trillion, erasing all deficit reduction in the IRA. Rev up that money printer, Chairman Powell!

Circling back to Biden’s claims of being “responsible and fair,” the distinction is much less apparent when putting the issue into context. How is it responsible and fair to provide a momentary fix to an issue that will become just as apparent two presidential elections from now? Is it fair to the students who will take out loans to begin college in 2028? What about for the taxpayers who are now footing the bill for this regressive measure?

Serious measures can be taken to combat this issue, but for now, Biden’s plan will remain simple political posturing.