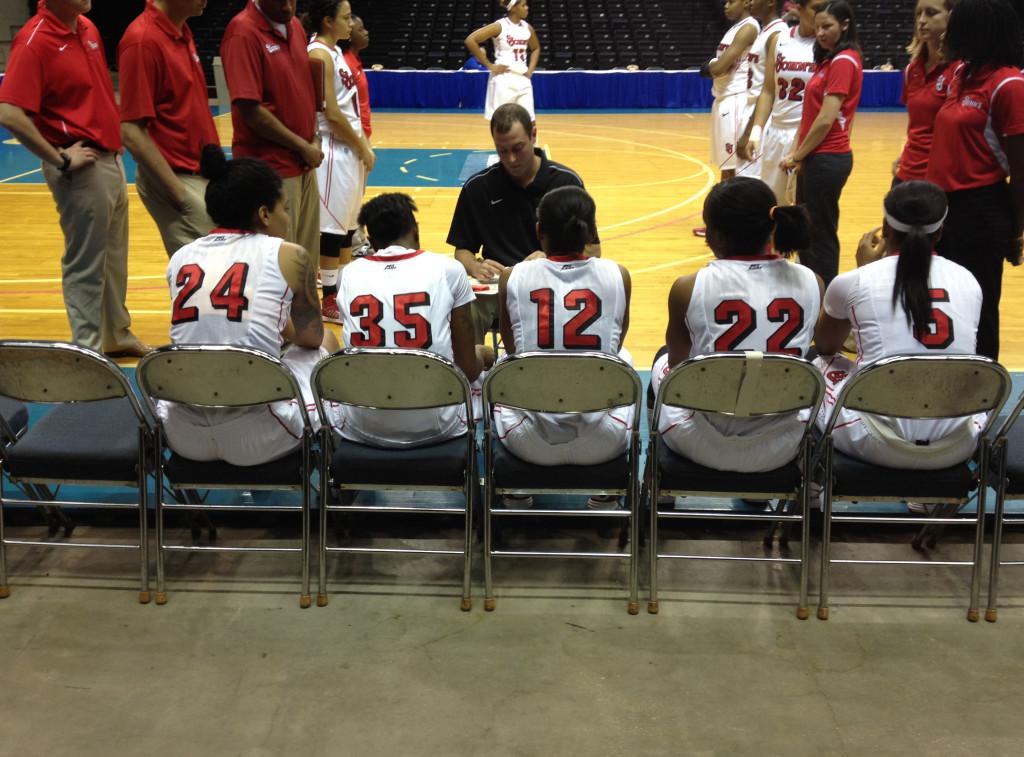 The St. John’s women’s basketball team recorded their first win of the 2012/13 season Sunday, defeating UCF 72-54.
The double-digit victory came on the heels of a hard-fought 10-point loss to Texas Friday. The win was the first of St. John’s head coach Joe Tartamella’s tenure.

“It’s great to get the first win, but it’s more important that it’s their first win as a team,” Tartamella said. “For me personally, it’s enjoyable to have that moment, especially with those kids I’ve been with for a long time.”

Pre-season all Big East forward Shenneika Smith led the Red Storm (1-1) with 23 points and 12 rebounds along with four assists, three blocks and four steals. The effort signaled the 11th double-double of Smith’s career.

“We expect a lot of the stuff she did for us last year,” Tartamella said. “She’s got to score for us, she’s been our best
defender, she’s a complete player.”

A surprise bright spot in the young season for the Johnnies is Brianna Brown. Used mainly as a role player last season, the junior recorded her second double-double in as many games, contributing 11 points and 10 rebounds in the victory.

“I think she has shown her ability physically from a rebounding standpoint and a scoring standpoint,” Tartamella said. “But the biggest thing is that she’s playing with confidence, which we expect the rest of the season.”

Also adding a double-double of her own was another pre-season all Big East selection, Nadirah McKenith. McKenith recorded 19 points and 10 rebounds while leading all performers with five assists.

Leading UCF (0-2) in their effort was freshman Briahanna Jackson who had 20 points and nine rebounds, falling just one rebound short of a double-double.

From then on, their lead was never in question, as it ranged from 26 points to 12 before eventually settling at 18.
The Red Storm return to Carnesecca Arena for their home opener on Nov. 17 against Hofstra (1-1).