Sabina Piegza: The Master Of The Assist 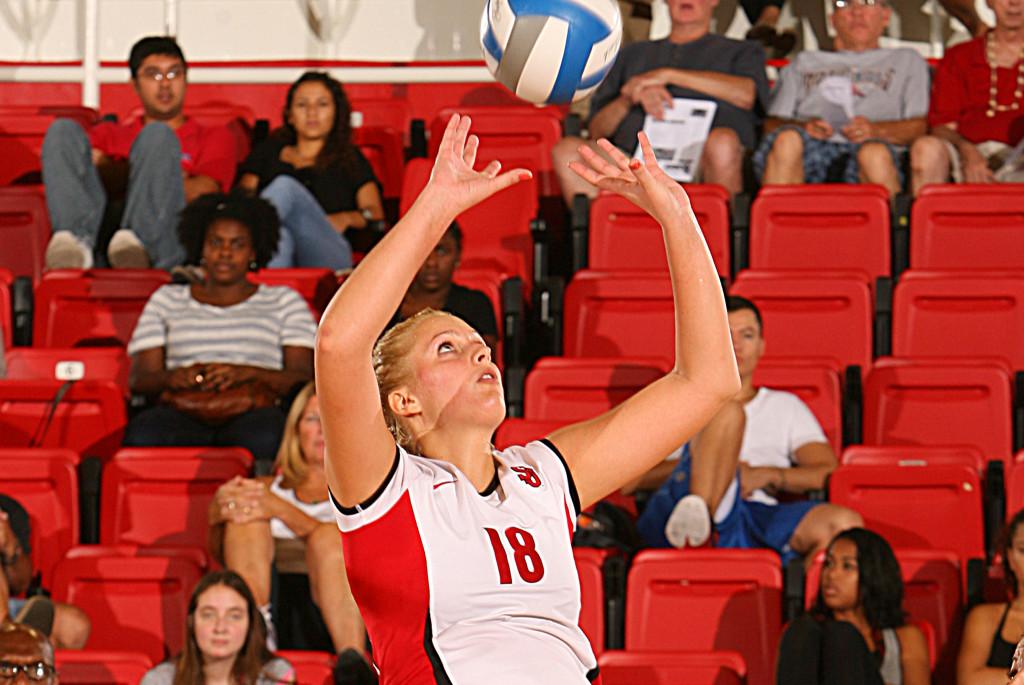 High intensity, a fast pace and teamwork are some of the key elements in the game of volleyball.

For senior Sabina Piegza, setting up her teammates for the kill is the most important.

The 6’3 setter piled up 1,005 assists in her final year and has helped the Red Storm qualify for the Big East tournament.

Piegza began to play club volleyball at 17 in her native Poland before coming to the United States at 19 to play at Western Nebraska Community College.

After two years in Nebraska, where she recorded 1,687 assists, 238 kills and 142 blocks, Piegza decided to commit to St. John’s despite being recruited by a number of schools.

“I’m very happy I came here because I love the school and [the] volleyball program,” Piegza said. “Also, the people here are wonderful and I think choosing St. John’s as my school was one of the best decisions I made.”

Before committing to St. John’s, Piegza turned to her older sister, Paulina Piegza, for guidance. The elder sister was a member of the Red Storm during the 2010 and 2011 seasons.

“She helped me a lot with my decision because she was already with St. John’s and the volleyball team and she encouraged me to join the team,” Piegza said. “She is my sister so I knew that she wanted me to be on a good team.”

Piegza is relishing the conclusion of her collegiate career as the Johnnies are 20-11 heading into the Big East tournament, a major improvement from their 10-21 record last season.

“We’ll go out there and do our best, play with no regrets and with tough work, we will give our team a chance to
win,” she said.