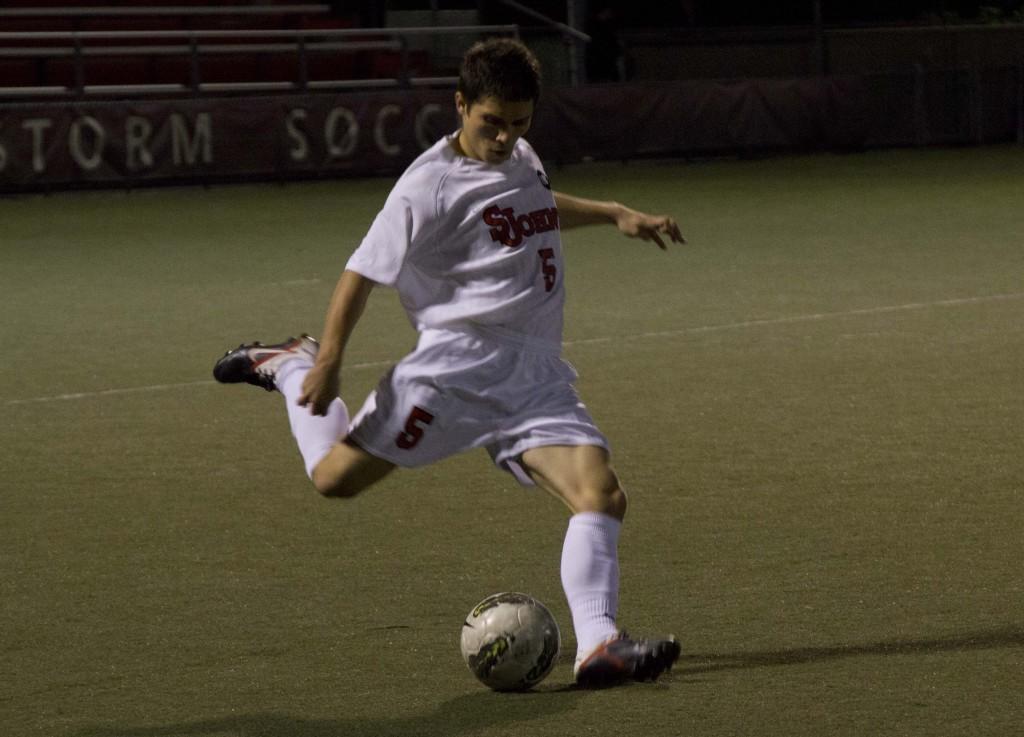 With 19 NCAA tournament appearances since 1991, St. John’s men’s soccer program is a perennial contender on the national stage. As a highly acclaimed soccer program, St. John’s brings in talent from all over the world whether it is Londoner Jack Bennett or the Venezuelan-born Andres Vargas.

However, starting this winter, while St. John’s continues to bring foreign players to Queens, it will watch one of its alums trek to a different part of the world.

“It’s going to be a great experience for me,” Lade said. “I’m looking forward to challenging myself at a higher level.”

He will spend 10 days with the La Liga side before returning to New York to begin preparations for the 2012-13
MLS season.

“This is an excellent opportunity for a young player to train with an established European club like Sevilla,” said New York Red Bulls Sporting Director Andy Roxburgh in a statement. “We hope that Connor benefits from this stint and are looking forward to have him back in preseason camp when it starts in January.”

The defender played in 26 games, starting in 22, and accumulated three assists in his rookie season with the Red Bulls. He also finished in fifth place for the MLS Rookie of the Year Award.

He credits the St. John’s soccer program for much of his professional success.

“Coach Masur has set up a very professional environment at St. John’s,” Lade said. “He’s running a tight ship there and he’s preparing you for the next step. The entire coaching staff is trying to make you better.”

Prior to his professional career, Lade was a four-year starter, including starting all 18 games as a senior, where he was a key member of the Red Storm’s 2011 Big East Championship squad. The defender won the Most Outstanding Defensive Player Award at the tournament.