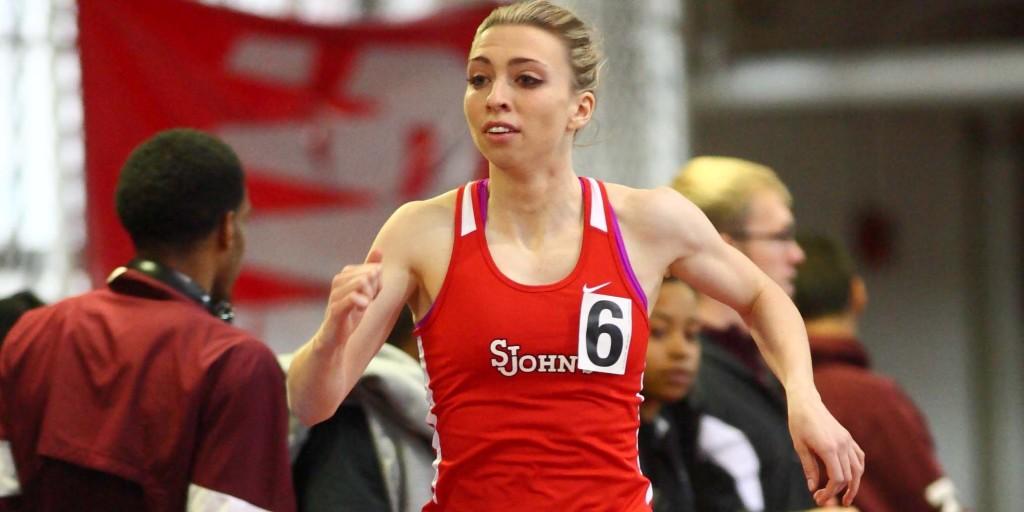 The track team is concluding its indoor season on a high note.The team finished this weekend’s Big East Championships in a tie for eleventh place with Providence.

“The team was aiming for a top ten finish, overall the effort was great and we saw some of the best performances of the year,” said St. John’s head coach Jim Hurt on the tournament. “It’s always great to see the team perform best, especially during one of the last meets of the season.”

“Molly finished fourth in the 400m, running a 54.60 which are probably top three or four in St. John’s school history,” Hurt said.

Hitton won the team’s lone medal when she took bronze in the weighted throw, throwing 19.08m – which is the fourth best recorded throw in school history.

The 4x400m team ran a 3:41.67, which was good enough to place sixth in the conference. The team featured Claire Mooney, Molly Ellis, Trudy McLean and Shayna Presely. The 5x500m team was led by Veronica Thompson, Michelle Duffy, Stephanie Van Pelt and Kerri Butler, who combined to run a 9:07.19.

“I was really pleased with this teams efforts, it was a season’s best and all in all it was a very good meet,” Hurt said.

Notre Dame came out of the meet in first place, but Hurt reiterated that he was proud of his team’s overall winter performance, especially since they train without an indoor track during the cold weather season.

“Training in the halls of Carnesecca and competing with the winter is tough, but we have pretty quality athletes
who are willing to compete,” Hurt said.

The Red Storm ‘s first outdoor meet will be on Mar. 16 when the team travels to Florida for the South
Florida Invite and the UCF Invite.