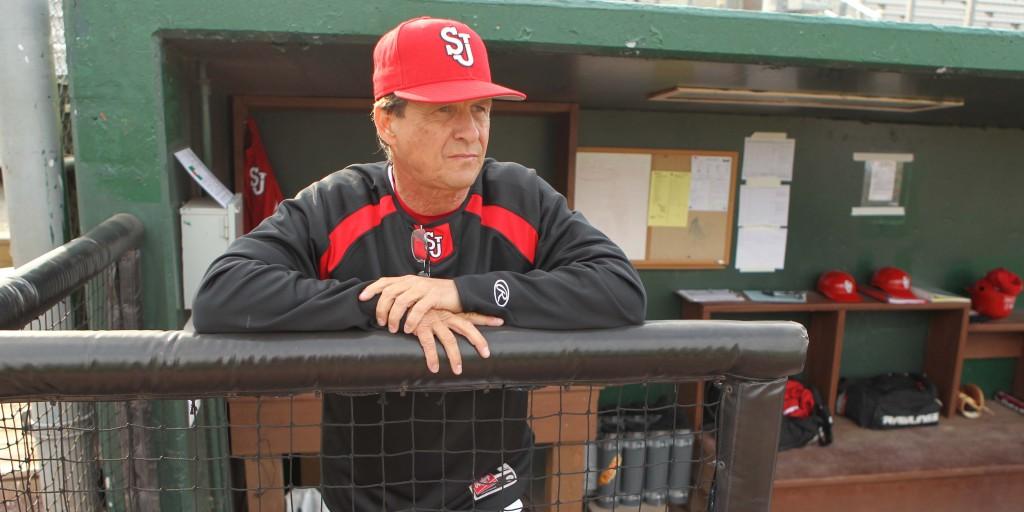 The St. John’s baseball team has high expectations this season after its success last year, where it finished with a 40-23 record, a Big East regular season and tournament title and the first NCAA Super Regional appearance in school history.

However, after the Red Storm began its attempt at matching last season’s feats, the Johnnies came out winless, losing to Mercer, Ohio State and Florida Gulf Coast twice this past weekend at the Snowbird Baseball Classic in Sarasota, Florida.

“Going 0-4 is never a good start,” Blankmeyer said. “But we were competitive, we played good defense and our pitching was solid. Offensively, we struggled and that’s where we will have to improve.”

Despite the losses, there were shades of promise displayed by Blankmeyer’s team. Senior Sean Hagan retired eleven straight batters in the 6-0 loss to Florida Gulf Coast, junior Frank Schwindel went 3-5 with an RBI in the 13-5 loss to Mercer and freshman pitcher Ryan McCormick threw six scoreless innings in his first collegiate start in the 3-1 loss to Ohio State.

The Johnnies lost key contributors from last year that will be difficult to replace like infielder Matt Wessinger, outfielder Jeremy Baltz, and pitchers Kyle Hansen and Matt Carasiti – all were drafted in the first 6 rounds of the MLB Draft.

“You cannot replace guys like Wessinger, Baltz, Carasiti and the other guys we lost,” Blankmeyer said. “All we can do is ask the team to play together and ask the guys with some experience to pick up for the guys we lost.”

While there will be some learning curves with a great deal of youth replacing the aforementioned graduates of the program, Blankmeyer is counting on his underclassmen to lead the Johnnies this season.

“This year we are relying on a squad with 14 freshmen,” Blankmeyer said. “The performance of our young pitchers is going to be a key to our success.”

The Johnnies have assembled a tough schedule this season, as they will be playing top tier teams that will prove to be great tests for Blankmeyer’s young team.

“I’d rather play teams like North Carolina, East Carolina and Georgia Tech,” Blankmeyer said. “Playing teams like this will help to groom this ball club.”

The Red Storm will take to the diamond again when they travel to Atlanta on Friday for a weekend set against Georgia Tech.