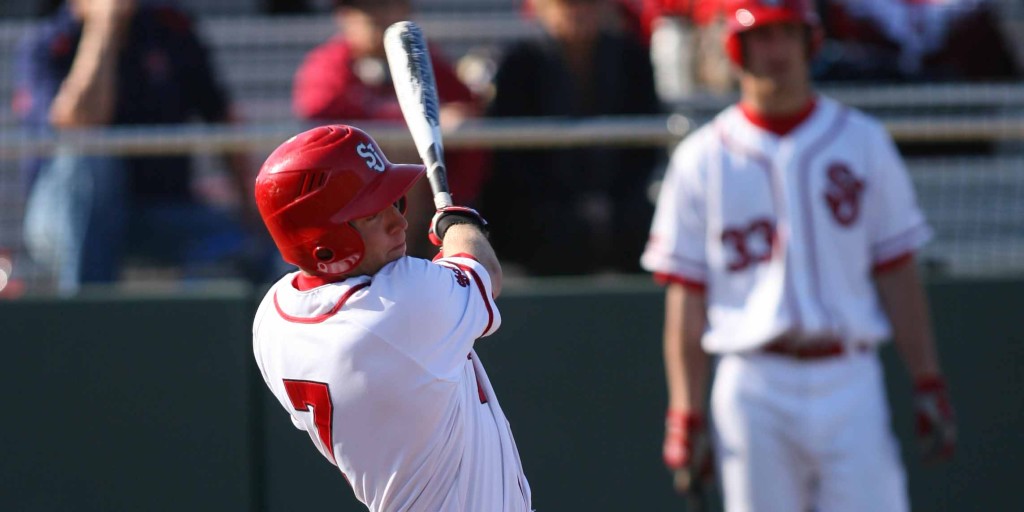 The St. John’s baseball team’s early-season struggles continued after being swept by East Carolina in a three-game set last weekend.

“They [East Carolina] are a team many people view as a sleeper to go far in this years NCAA Tournament,” said St. John’s head coach Ed Blankmeyer.

The Red Storm (1-10) offensive showed some life Friday as they tallied eight hits in its opening game of the three-game set. But the offense couldn’t come through in crucial situations, leaving ten runners on base. The Johnnie’s starter, James Lomangino, had a rough outing allowing six runs in 4.2 innings.

Saturday, the Red Storm’s starting pitcher, senior Sean Hagan, gave up seven earned runs in 5.1 innings. Hagan gave up four runs in the sixth inning, continuing the team’s trend of allowing the opposition to explode for one, multiple run inning. Offensively, the Johnnies would scratch out eight hits again, but once again struggled with men on base.

Sunday brought another loss for the Red Storm, which saw starter Ryan McCormick allow East Carolina to explode for a big second inning, where they scored five runs. However, the five runs would be the only runs that McCormich would allow in his 4.2 innings of work. The Johnnies’ offense showed some spark in the seventh inning, scoring three runs, but that wouldn’t be enough.

The Red Storm will finish up its season opening 14-game road trip when they begin a three-game set against
Radford University on Mar. 8.