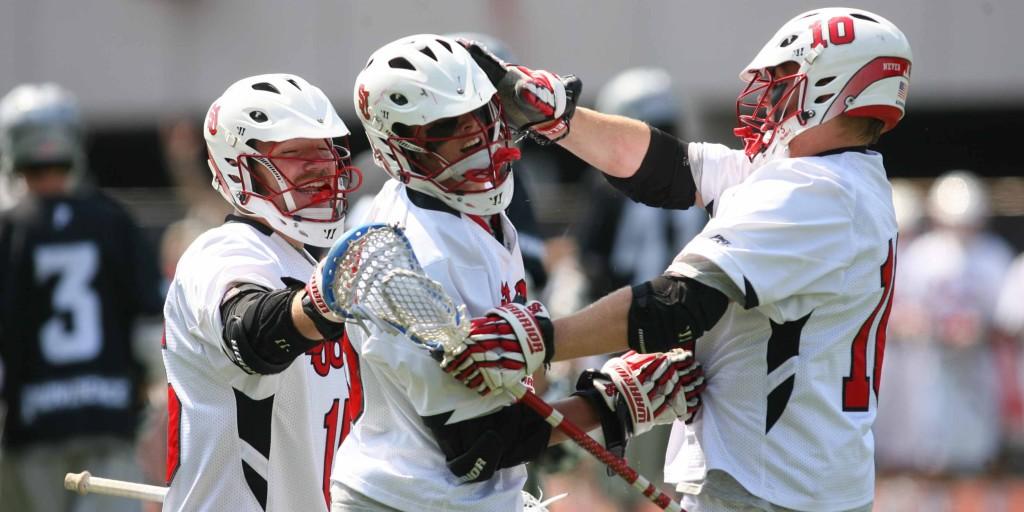 The rain may have subsided an hour before the game began on Tuesday afternoon, but Hofstra couldn’t stop the St. John’s lacrosse team from raining on the Pride’s parade after crawling out of a 3-0 first quarter hole.

The Red Storm (5-2, 1-1) earned its first home victory ever against No. 7 Hofstra, scoring five goals in the second half and eventually winning 7-6.

“It’s been a long time coming,” Miller said. “I can’t tell you how impressed I am with Hofstra and the job they do there.”
The Pride (5-2, 1-0) scored three goals with over nine minutes still remaining in the first quarter, but Coach Miller didn’t let his team get discouraged.

The biggest contributor in the St. John’s comeback was junior attackman Kevin Cernuto, who added three goals, two of which tied the score at four and at five, and finally, the game-winner, putting the Johnnies up 7-6 with four minutes left in the game.

“We knew coming in that it wasn’t going to be easy,” Cernuto said. “We played as hard as we could and it worked out. We knew we could pull it out.”

“He does what he does every game,” Miller said of Cernuto. “He goes really hard to the rack. I though their guys did a really good job on both of our attackman all game long, and it really just turned into a numbers thing after a while. He just kept going and going, and finally caught a break.”

The unsung hero was junior attackman Kieran McArdle. Despite being unable to connect on any of his seven shot attempts, the All-American was able to dish out four assists.

“McArdle: best attackman I’ve ever played with,” Cernuto said. “He’s as good as they come and he’s an excellent feeder. The way he sees the field is incredible, and he can finish just as good. So me and him working together are just absolutely deadly.”

With an upcoming three-game road trip starting at Robert Morris on Saturday, Coach Miller was happy to get this win under his belt.

“We play a good schedule,” Miller said. “We play good teams, we fight hard, we work hard, we’re prepared. So if we keep putting ourselves in good situations, eventually we’re going to get a couple of them.”