Defense is the name of the game 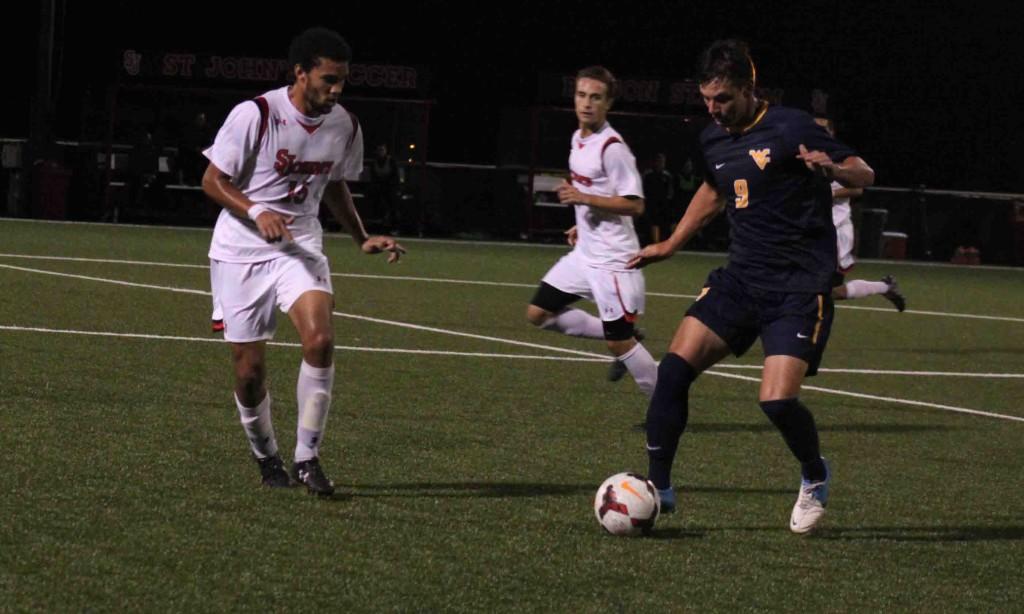 The whole soccer program has played well on the defensive side.

Usually the second full week of the semester means that most students are finally easing into the year.

For the students who aren’t caught up, the two soccer teams are making headlines and winning like it’s going out of style.

Led by Dr. Dave Masur and Ian Stone, the men’s and women’s soccer teams are both playing well at the same time and have everything clicking. Both teams have lost just one match each and have been finding the back of the net in clutch situations. However, the most impressive thing is both team’s defense.

The men’s team has shut out their last three opponents as Rafael Diaz continues to stand on his head night in and night out.

“I think this was the best defensive game we played [thus far],” Diaz said
after Sunday’s victory over West Virginia. “They had a couple early chances in the beginning, but we took care of that and in the second half, I don’t think they had a clear shot.”

While on the women’s side, the Lady Storm have been launching on all cylinders. The Johnnie’s have outscored their opponents 21-2.

“We’ve been fortunate at the moment that the both the defense is clicking and the offense is clicking at the same time,” Stone said. “I feel so confident in our back four and our goalkeepers to do the job that they do, they don’t get enough credit for what they do,” says forward Rachel Daly, “It’s easy to put the goals away, but it’s not as easy to protect the goals so huge credit to the back four they’ve done phenomenal. To play 90 minutes as well every game they’re doing so well.”

Who knows how much longer both teams can sustain a winning product. The men’s team is performing par for the course as they’re looking to improve on an early exit against Farleigh-Dickinson last season while the women cash in on their experience and continue to soar past last year’s sub-par 6-10-1 season.
Both teams will head back to action this weekend. The women’s team will host Dartmouth on Friday, while the men will travel to Omaha to play Creighton.