Johnnies fall to Wisconsin in opener 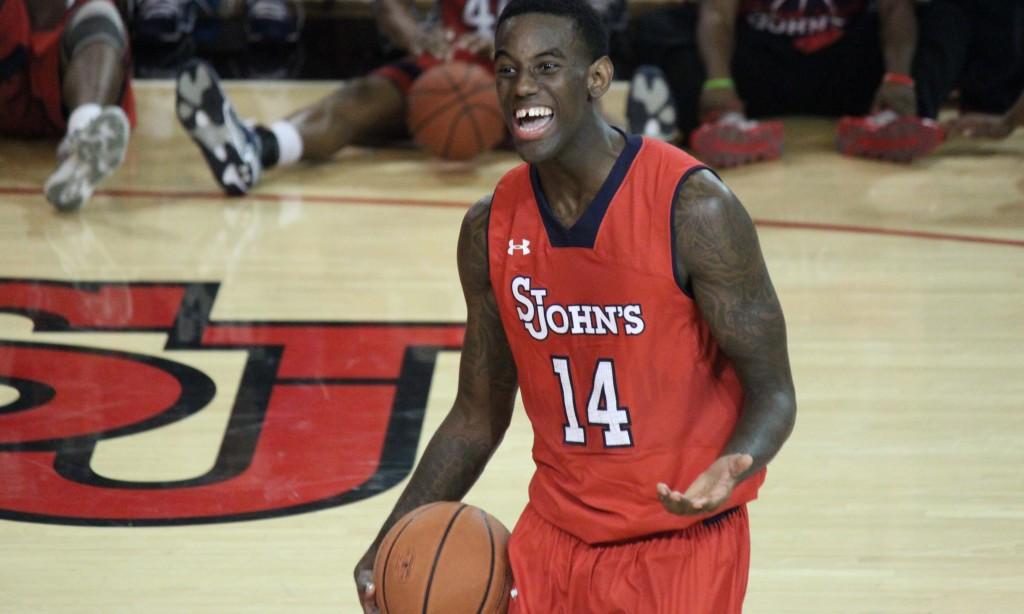 JaKarr Sampson had 21 points in Friday's loss to Wisconsin.

Put the hype on hold – for now.

The Red Storm (0-1) never held a lead, but drew as close as four points with 8:28 left in the second half before the Badgers (1-0) answered with two quick 3-pointers to pull away for good.

“We knew in advance of playing this game that Wisconsin would be a worthy opponent,” head coach Steve Lavin told reporters after the game. “This challenge presented an opportunity for our team to grow.”

St. John’s was unable to recover from an early 18-point deficit made more insurmountable by the difference in each team’s 3-point performance. Wisconsin shot 47.8 percent (11-23) from three compared to a measly 15.4 percent (2-13) for the Red Storm.

“We got off to a poor start at both ends of the court,” Lavin said. “We rallied in the second half to within four, but we allowed them to make critical shots from distance and they converted from the foul line to close out the game.
Clearly we need to improve as a team in order to execute more effectively.”

St. John’s committed 28 fouls – six of which came in consecutive possessions in the second half. That led to more than a handful of players winding up in foul trouble including senior forward Orlando Sanchez, who scored the first five points for the Red Storm, but was quieted after that.

Sophomore center Chris Obekpa returned from his preseason suspension for a University policy violation that caused him to miss two exhibition games and contributed six points and five rebounds.

The game was the first college basketball matchup held at the new Sanford Pentagon and the first time the Johnnies opened the season against a Top 25 team since 2003 with a loss against then-No. 23 Marquette.

The Johnnies won’t play outside of New York again until conference play with games at Madison Square Garden, Barclays Center and Carnesecca Arena.