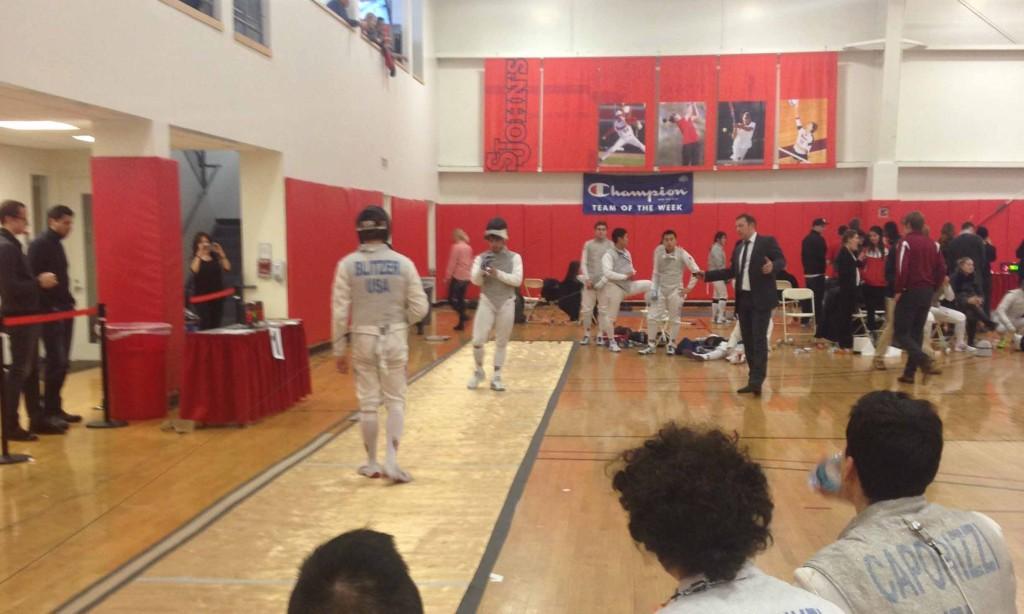 After Sunday's invitational, Blitzer admitted there are aspects of his fencing he needs to work on.

Facing the likes of the nation’s top- ranked Columbia and rival Notre Dame, both the men’s and women’s fencing team each went 2-3 at the St. John’s Invitational on Sunday.

One day after competing in the NYU Invitational, the men’s team knocked off Ohio State and Harvard but lost to Notre Dame, Penn State and Columbia, the latter by one point. The women’s squad was defeated by Columbia, Notre Dame and Ohio State despite victories over Harvard and Penn State.

St. John’s has been dealing with injuries throughout the season and numerous freshmen fencers on the roster.

“We don’t have a full team this year,” Gelman said. “I think we’re going to do better in Temple [Invitational].”

He also expects fencers from both the men’s and women’s teams to improve individually  and rose from their current NCAA Coaches Poll rankings, seventh and 10th respectively, to at least sixth.

Junior Isis Washington posted a 14-1 record Sunday and a combined 28-2 for the weekend; she can’t complain about Sunday’s performance.

“I’m just prepping for Regionals,” she said after a day-long competition.”I’m just working with the team to get better.”

As for the women’s saber team, senior Alexandra Tannous paved the way for St. John’s with 10 wins. In women’s foil, sophomore Marta Hausman led the way with a 9-6 record.

For the men’s team, senior Max Blitzer and sophomore Michele Caporizzi led the foil team with a 9-6 record.

Blitzer admits that Sunday wasn’t overly great, but he was satisfied with his fencing.

“I’m happy with my fencing today,” Blitzer said. “There are things that need to be worked on.”