Van Pelt twins are one of a kind 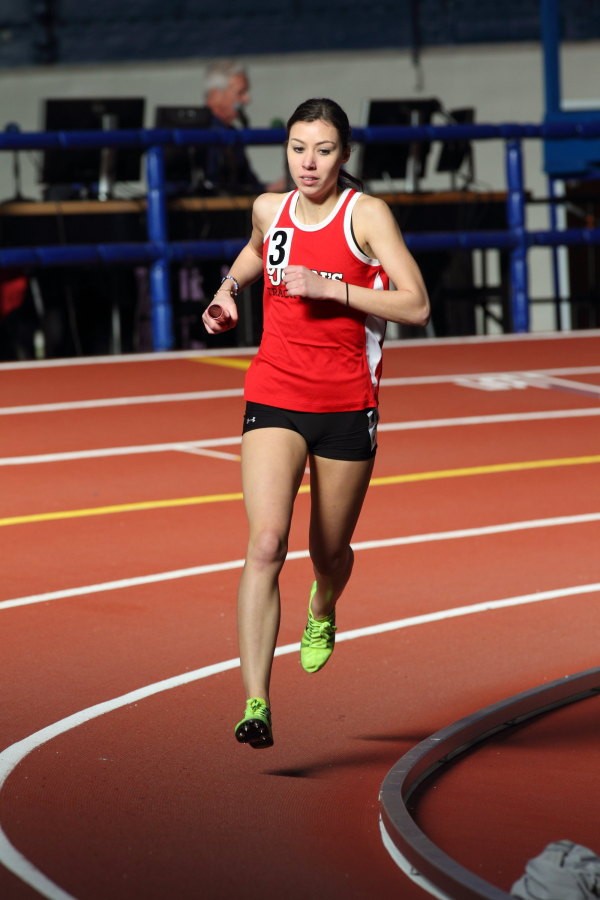 Siblings, nevermind twins, participating in the same sport when they’re young is common. It becomes uncommon when this continues throughout high school and even more so in college.

Twin sisters Michelle and Stephanie Van Pelt are in their senior year at St. John’s University.

As runners, they defy the norm for university’s Division I track and field team.

The sisters both compete in the mid-distance events (1500 meters, 1000 meters, 800 meters). The possibility of either Van Pelt twin competing against each other is not unusual.

However, the two of them don’t view it as an opportunity to compete against each other. Instead, they view it more as having someone to run with.

“Stephanie pushes me for sure,” Michelle said.

The Van Pelt twins were told that they were natural runners since they were in elementary school. The two stayed active, participating in various sports such as soccer and softball. However,  the sisters didn’t begin their running career until high school, at Notre Dame Academy.

“We were always paired together. I’d be the pitcher for the softball and she’d be the catcher,” Michelle said.

The twins never felt that their relationship on the field was competitively driven. Instead, they view themselves as partners, where one never has to do something alone.

“We always have a workout partner. We always played basketball together and now, run together,” Stephanie said. “It’s just like having someone with you all the time.”

At Notre Dame Academy, both sisters lettered all four years in track and field. They closed their senior year of high school as members of the 2011 Staten Island Cross Country Championship team.

Despite the fact that the Staten Island natives share a passion for track, they differ in their academic interests.  Michelle is studying public relations while Stephanie is studying environmental science.

The sisters are also both members of the National Honor Society at St. John’s.

“We both came in as undecided and took the same classes. But then, I realized that I didn’t want to be trapped in an office all day long. So, I chose environmental science,” said Stephanie.

“We’re both very into hockey, so Michelle chose to do public relations and hopefully get into the sports side of that.”

“And, I was like ‘that sounds so cool,’” Stephanie said. “And, I like what she does too,” Michelle said.

The Van Pelt sisters are not only teammates, but they act as each other’s role models.

“I’m trying to make it to NCAA’s for indoor and outdoor, for the mile and 1500,” Stephanie said.

“I guess my goal is to be like her,” Michelle said.