Prosuk has ‘had a blast’ coming of age for Storm 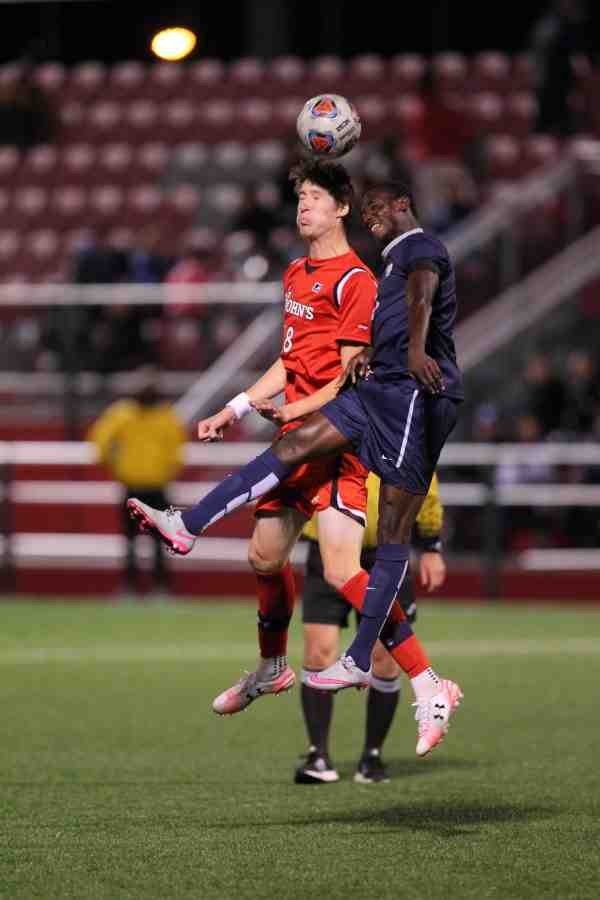 Mike Prosuk has blasted on to the scene for the St. John’s men’s soccer team as he leads the team in points in only his freshman season. (Photo: Athletic Communications)

The St. John’s men’s soccer team has received tremendous production from a number of newcomers this season, but one freshman in particular has really stood out as he leads the team in points.

That man is Mike Prosuk, a 6’5” first year forward who is a native of Westfield, N.J.

Growing up, Prosuk played both soccer and baseball but decided that he had to choose between the two in order to develop the highest potential.

“I just started playing soccer to stay active,” Prosuk said. “I was also playing baseball but I couldn’t play both at the same time so I really had to focus on one and thankfully I chose soccer.”

But, it wasn’t just the decision to stick to soccer that has transformed Prosuk’s career. The forward’s dynamic game would not be on display if it weren’t for one critical role model that has had a huge impact on his life.

“I would say my dad,” Prosuk said when he was asked who he looks up to. “He’s helped me through everything. He helped me with lifting, getting bigger and he used to take me to the park when I was younger to kick a soccer ball around.”

The hard work in the weight room and in the park paid off as Prosuk had a successful four-year stint at Westfield High School that included plenty of outstanding accolades. The New Jersey native was a four-year letter winner, served as team captain during his senior season, earned NSCAA All-East Region and was selected as a member of the Union County Conference All-Star team as a senior.

“The program (Westfield High) really helped me with some leadership skills,” he said. “I wasn’t the focal person on the field but I led by example and my teammates would look up to that.”

Before stepping on campus at St. John’s, the athlete known for his leadership also played club soccer for FC Copa, leading the team to two state championships, and was selected to play on a 2013 U.S. Youth Soccer Olympic Development Program Boys NCAA Interregional All-Star team.

Prosuk credits both Coach Roberto and Coach Lori at FC Copa for pushing him to work on his game and continually strive to get better.

Earlier this year, Prosuk stepped on campus and had an immediate impact on the pitch. However, he understands that his game must continue to improve.

“I’m a big forward up top,” Prosuk said. “I will head balls in the air but I need to work on my touch. I want my teammates to trust me with the ball.”

While the Johnnies have a 3-9-1 record late in the season, Prosuk has enjoyed his time at St. John’s and looks forward to the next three years with the opportunity to take the Red Storm back to the NCAA Tournament.

“I’ve had a blast so far,” he said. “The coaching staff has helped me a lot and this is a great group of guys to hang around with. I think because of that the team will grow and we will become better for sure in the years to come.”