Trouble in the paint hampers Johnnies in California 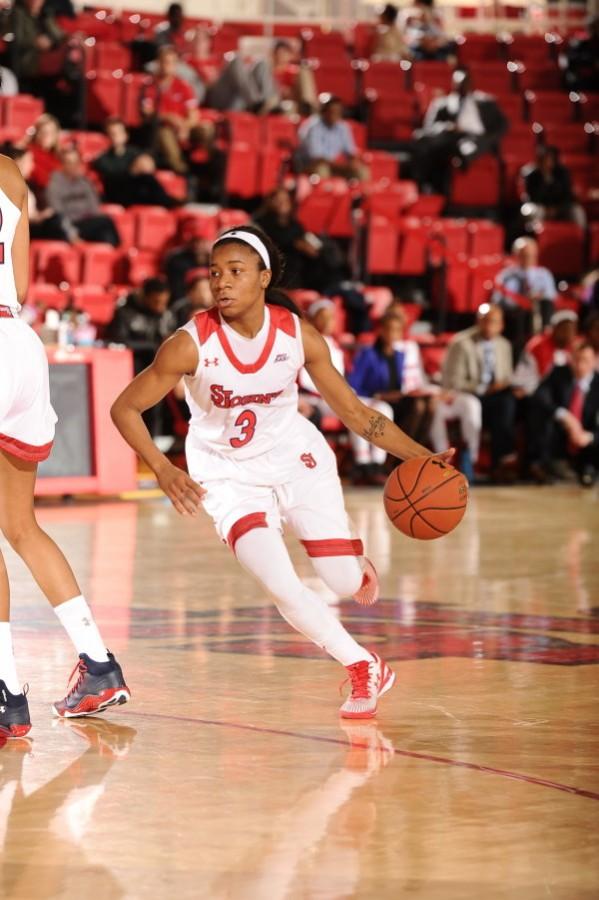 The St. John’s women’s basketball team struggles in the paint led to a 73-58 defeat at the hands of the UCLA Bruins in their season opener on Friday night. This loss to the Bruins, the defending WNIT Champion, was the first time in three seasons the Red Storm lost their opening game.

Friday was head coach Joe Tartamella’s 100th game and he felt this was a good start to the season.

“This was a great opening test against a proven opponent,” Tartamella said. “We certainly understand what we will need to improve on moving toward.”

The Johnnies (0-1) came up on the paint against the Bruins as UCLA’s size proved to be a nuisance. The Bruins outrebounded the Red Storm 50-32.

Momentum was hard to maintain throughout the game as well. The Johnnies went into the second quarter with an even scoreboard after the junior guard Aaliyah Lewis hit a three-pointer from the top of the key with 51 seconds on the clock. With the game tied at 12, the Bruins attempted a drive to take the lead into the second quarter, but were stopped by the dynamic duo of senior guards Aliyyah Handford and Danaejah Grant.

The St. John’s rhythm was disrupted in the second period by a Bruins 15-0 run and the Johnnies remained scoreless until the 4:50 mark. Despite the deficit, the Storm did not stop fighting. The team was able to go on an 11-2 run and cut the lead to six, but was answered with a 7-1 Bruins run. This allowed UCLA to go into halftime with a 36-24 lead.

The second half started with a Bruins three-pointer, but it was immediately answered by a fast break led by Grant. The teams consistently traded baskets throughout most of the third quarter, but the Bruins pulled away near the end of the period. They were able to head into the fourth quarter with a game-high lead of 21 points. In the last quarter, St. John’s was able to reduce the deficit to 15 points, which is how the game would finish.

This was also the first Red Storm competition with new rule changes. The most drastic of these changes is the league’s decision to adjust the game’s layout from halves to quarters.

Tartamella thought “there were some great takeaways from the game.”

Both members of the unstoppable pair, Handford and Grant, scored in the double figures, netting 14 and 10 points, respectively. Their presence on and off the court will be a major factor in the team’s performance throughout the season.