Johnnies will get big boost from top recruit 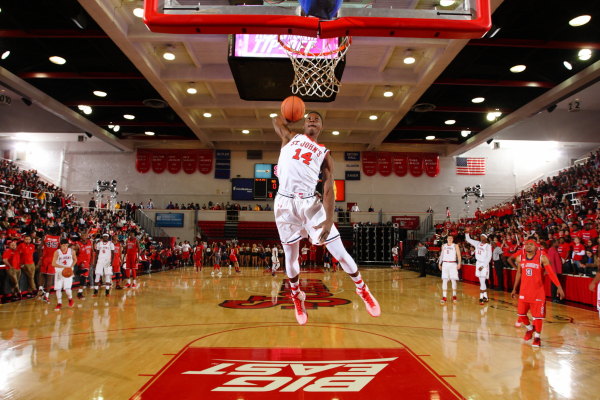 Until last week, it looked as though Chris Mullin’s top New York City recruit may not step on the court this season.  But, on Wednesday, St. John’s 6’7” four-star freshman recruit, and top-100 nationally ranked  prospect, Kassoum Yakwe was cleared to play by the NCAA.

“Cheick is my best friend because I knew him before I came here [to the United States], and we played on the National Team together,” Yakwe said. “I learned a lot from him. He played hard and, when I didn’t play hard, he would pick on me and make fun of me. So, that’s someone I’ve always looked up to.”

In 15 appearances in the 2015 Nike EYBL with the PSA Cardinals, Yakwe averaged 3.1 blocks per game and earned Defensive Player of the Year honors.

Coach Mullin had nothing but praise for the freshman. “He possesses tremendous athleticism, has good instincts and will be a defensive presence,” Mullin said in the school’s announcement of his signing.

It’s obvious that the Red Storm is still learning how to play with each other on the defensive end. During the Maui Invitational, the Red Storm allowed Vanderbilt to shoot 48 percent (12-25) from downtown and 53 percent (33-62) overall from the field. In the following two games, the Johnnies allowed both Indiana and Chaminade to shoot over 40 percent from downtown and 50 percent from the field.

“He’s relentless. He never stops in practice and he crashes every single ball,” graduate student Ron Mvouika said. “He’s pretty much impossible to box out because he crashes every single play. It’s easy to play with a guy like that, who pushes and is aggressive on both offense and defense. He also plays above the rim, and he’s very explosive.”

Yakwe will provide an impact on the defensive end, playing alongside 6’11” freshman center Yankuba Sima.

Yakwe is expected to make his debut on Dec. 2 when St. John’s travels to the Bronx to take on the Fordham Rams.

“I love it, and we are excited about it. He’s truly a good guy and we all love him, so we are really excited for him to play,” freshman Federico Mussini said. “He’s an amazing athlete. On defense, he blocks a lot of shots. On offense, he grabs a lot of rebounds and can throw down the occasional crazy dunk. He’s also really strong and he will help our team a lot.”