Where are they now? Former Red Storm stars excelling in the pros 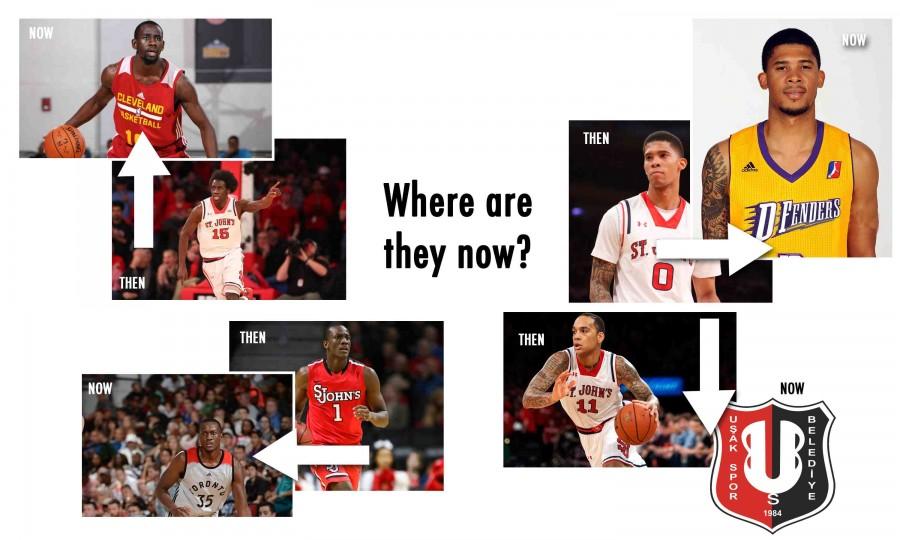 With all of the new faces that have come to Queens to play and coach for the St. John’s men’s basketball team this season, it may be easy for Red Storm fans to forget about some of the stars from last year’s NCAA Tournament team.

However, many of those stars have moved on to begin successful professional careers, both in the United States and internationally.

The most notable recent St. John’s graduate to make strides professionally is likely former forward Sir`Dominic Pointer. The do-it-all man who averaged nearly 14 points and eight rebounds per game last season was drafted by the Cleveland Cavaliers late in the second round of June’s NBA Draft.

Pointer would go on to play very well for Cleveland in the Summer League, however, on a Cavalier roster that is built to win now, there was simply no room for a developing rookie. Instead, Pointer was sent to the NBA D-League, where he just recently began his first season with the Canton Charge.

Joining Sir`Dom in the D-League this season will be Jamal Branch, one of his St. John’s teammates for the past three years. Branch, who played in 78 total games over three seasons in Queens, was selected in the third round of October’s 2015 NBA D-League Draft by the Los Angeles D-Fenders.

Branch has appeared in two games so far this season for Los Angeles, the Lakers D-League affiliate, as he waits for a possible shot at making an NBA roster next season.

The two former Johnnies will get to reunite and square off on Jan. 9 for the only meeting of the D-League season between Canton and Los Angeles.

However, the professional reach of last year’s Red Storm team is not limited to just the United States, and D`Angelo Harrison is a perfect example of that. St. John’s fans will fondly remember the lively Harrison for his record-setting career in Queens, and he has recently taken that energy overseas to Turkey.

Harrison ended up signing with Usak Sportlif of the Turkish Basketball Super League (BSL) after going undrafted in the NBA Draft, and he’s already making an impact internationally.

Always known for his scoring prowess at St. John’s, Harrison is already averaging nearly 16 points per game through his first five appearances of the season for Usak Sportlif.

Greene IV was a four-year starter at St. John’s, starting in 121 of his 130 career games, and all 33 of the Red Storm’s games in his senior year. Known for his strong shooting and clutch play, Greene IV has started all 10 games for Bandirma so far this season and is shooting over 40 percent from 3-point range.

Two standouts from last year’s team that prematurely left the program this summer, Chris Obekpa and Rysheed Jordan, have each found solid ground to stand on as well.

Obekpa transferred to UNLV in June and will have to sit out this season before playing his final collegiate year in Las Vegas in 2016-17. Meanwhile, Jordan was selected by the Delaware 87ers with the fifth overall pick in October’s NBA D-League Draft.