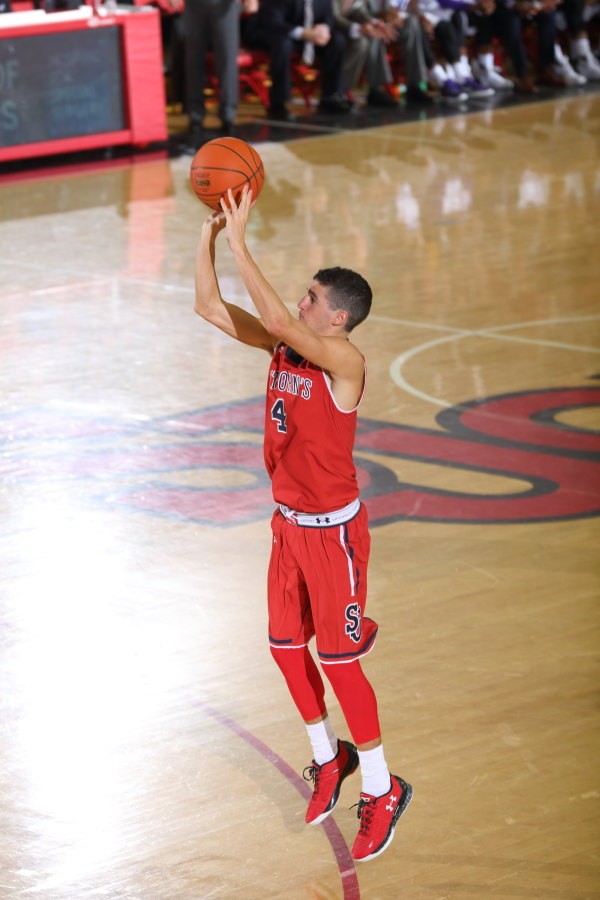 It wasn’t pretty by any means, but the St. John’s did enough to begin a winning streak. They did just enough to inch by Niagara 48-44, on Wednesday night at Carnesecca Arena. It was the 100th all-time meeting between St. John’s and Niagara.

“A win is a win,” Chris Mullin said following the rough offensive performance. “We can be happy about that but we have lot of improvement to do in a lot of areas and we just have to keep working at it. That’s all we can do.”

St. John’s shot just under 34 percent from the field, making just 19 field goals in 57 attempts. They again turned the ball over frequently, as Niagara forced them into committing 18.

They didn’t receive much production from their veterans either, as Ron Mvouika, Durand Johnson and Felix Balamou combined for just 14 points on 4-of-21 shooting.

Federico Mussini was the team’s leading scorer with 11 points on 4-of-12 shooting while Christian Jones put up 10 points and grabbed seven rebounds. Kassoum Yakwe provided solid energy off the bench as he added five points, five blocks and five rebounds in 19 minutes.

Yankuba Sima battled foul trouble for much of the night, as he played just 17 minutes and scored six points and six rebounds.

The Johnnies jumped out to 27-18 lead behind six straight points from Balamou, but Niagarab gained momentum in the final minute of the first half. Niagara’s leading scorer coming into the game, Matt Scott, hit a jumper, and the Purple Eagles held the Red Storm without a score for the rest of the period, which cut the lead to seven, 27-20.

Sima played just 10 minutes in the first half after picking up two fouls, and that really hurt St. John’s chances to take advantage of their opponents’ lack of size in the paint. The Red Storm defended the three-point line successfully by holding Niagara to just 27 percent shooting, but they were out-rebounded and recorded a brutal 17 percent from beyond the arc.

The usual problems continued for both teams after halftime, but Mullin’s squad was able to maintain a comfortable lead until the 2:12 mark. Scott and Domininc Robb converted turnovers to get Niagara within three.

With less than a minute left in the game, Christian Jones went to the line with a big opportunity. He nailed two critical free throws. The Johnnies then buckled up on the defensive end to escape what was a must-win.

It was an important win with games against Syracuse and South Carolina and Big East play looming in the next few weeks.

“We know that we have to play better (moving forward) because we are playing bigger, better teams,” forward Christian Jones said. “That shouldn’t scare us. We just have to keep our composure and we should be okay.”

The Red Storm will have to cut down on the turnovers (18 total on Wednesday) and shoot a better percentage from the field (33 percent) if they are going to have a chance to upset Syracuse at Madison Square Garden Sunday.