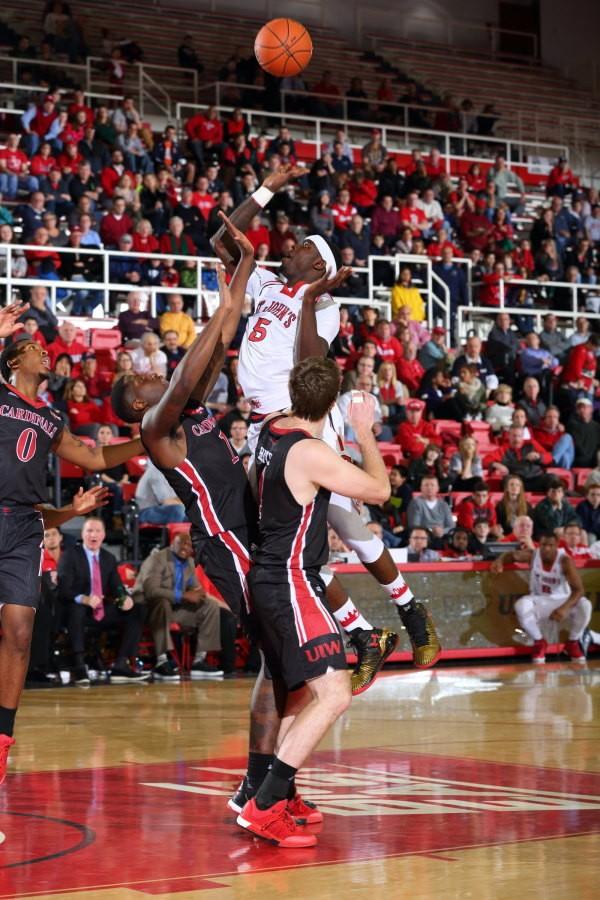 Following an impressive victory over Syracuse, St. John’s showed their ugly side again.

The Red Storm were crushed by former Division II school Incarnate Word, 73-51, at Carnesecca Arena Friday night. The Johnnies snapped their three-game win streak and were out-classed in a number of  ways to a Cardinals team that lost to Our Lady of the Lake earlier this season.

“Bottom line. They wanted it more than us,” Durand Johnson said. “They beat us in every aspect of the game, loose balls, rebounds, they hit shots. You name it.”

With a light crowd on hand, the Red Storm came out of the gates with very little intensity, energy and discipline, especially on the offensive end where they lacked rhythm and couldn’t find a second scorer to help Sima. The 6’11” big man had nine first half points and took advantage of the Cardinals having just one player over 6’8″.

The Cardinals shot 42 percent from all areas of the floor but hit 11 total threes. Their ball movement was superb, just eight turnovers and 14 assists on 24 field goals.

St. John’s failed to hit their free throws (54 percent), and were out-rebounded by three. They also had issues with the Cardinals pressure defense, turning the ball over 15 times.

Despite the offensive production from Sima, the Johnnies out-rebounded the Cardinals by just three in the opening stanza and covered the three-point line with little success. Incarnate Word knocked down seven first half treys and found themselves shooting an efficient 50 percent from beyond the arc, earning a nine-point cushion at the break.

The Johnnies defense took a turn for the worst in the second frame as they consistently let Jontrell Walker drive to the rim and Wichita State transfer Derail Green have a wide open look from the perimeter. Walker had 20 points and Green led the game with 24 points.

“I did think we were a step slow on offense and defense,” Chris Mullin said postgame. “It seemed like it was a struggle.”

Amar Alibegovic scored four straight points before the under 12 media timeout to get the Johnnies within seven, but they could not get any closer as the Cardinals went on a quick 8-0 run after the timeout.

While the loss is a bad look, Mullin knows that this is part of the rebuilding process and the ups and downs will continue all season.

“These are experiences,” Mullin said. “When your 18, 19, 20 sometimes it takes a little longer for things to sink in. These experiences will really get their attention.”