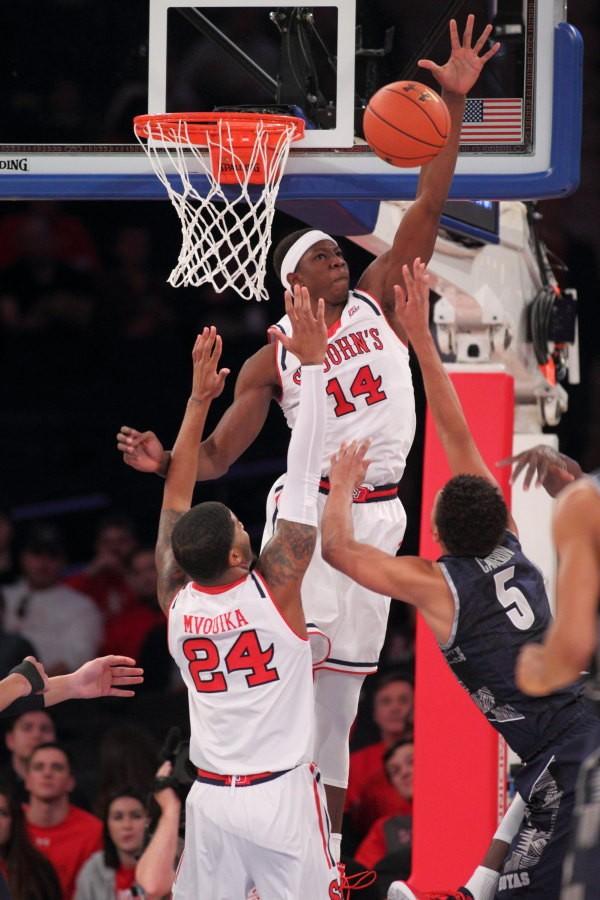 Kassoum Yakwe has been a force in the paint during his first season in uniform for the Red Storm. (Photo: St. John's Athletic Communications)

As St. John’s students headed home to spend the holiday season with their families last month, the Red Storm men’s basketball team was having a less than jolly holiday season.

Chris Mullin’s squad dropped all nine of their games over the winter break as they have struggled to find footing in the rapidly improving Big East. After going into the break riding high, fresh off a win over Syracuse, the losing streak dropped the Red Storm’s record to 7-12 following a Jan. 16 loss to Butler.

The nine-game losing streak began with a pair of disastrous losses at home to mid-majors Incarnate Word and N.J.I.T. in mid-December. The Dec. 18 loss to Incarnate Word, a program that is only in its third year in Division I, was arguably the worst loss of the season for the Red Storm.

Following a tough 75-61 loss at Mohegan Sun to 25th-ranked South Carolina on Dec. 23, St. John’s would kick off conference play. And, while there is no denying that the Johnnies have been competitive against their Big East foes, they have yet to close out a game and secure a conference win.

This narrative began at Carnesecca Arena on New Year’s Eve against Creighton, where the Red Storm trailed by just six with 9:49 left to play, but would eventually falter down the stretch in an 80-70 defeat.

A Jan. 2 defeat at 12th-ranked Providence nearly mirrored that situation, as the Johnnies were hit with a 27-15 run in the game’s final nine minutes to fall 83-65. A valiant effort four days later against Xavier would also come up short in a 74-66 loss.

After one more close 81-75 loss on the road at Marquette on Jan. 9, St. John’s suffered back-to-back 20-point losses against Georgetown and Butler to continue the losing streak.

Although the Johnnies did struggle mightily over the break, they did get some strong performances from individual players. Freshman guard Federico Mussini continues to adapt to the collegiate game, highlighted by a 19-point performance against Xavier in which he drained five of eight 3-pointers.

The freshman frontcourt duo of Yankuba Sima and Kassoum Yakwe has also impressed, although Sima is currently sidelined due to a hand injury that he suffered on Jan. 6.

Mullin has not let his team’s struggles in his first season on the sidelines discourage him, however. “My first few years in the NBA, we lost 60 games one year,” he said following a loss to Georgetown. “So, as far as failing, I’ve got plenty of experiences on and off the court.”