Johnnies’ Offense Awakens in Road Loss to No. 6 Xavier 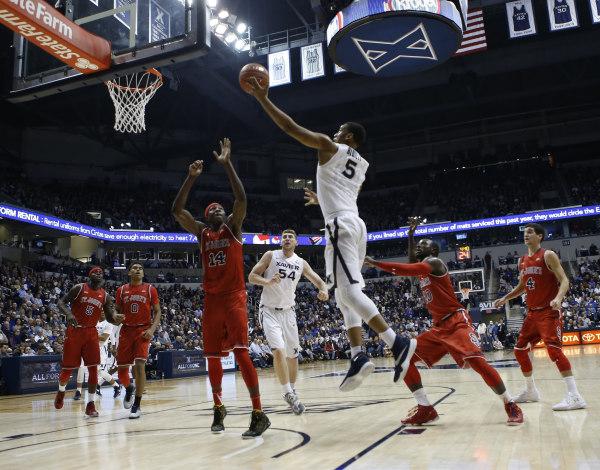 The losing streak continues, but St. John’s showed signs of life in the harshest of environments.

The Red Storm gave No. 6 Xavier a surprisingly tough challenge, but once again, they could not get over the hump and lost 90-83 last Wednesday. The Johnnies’ streak reached 13 with their latest frustrating defeat.

St. John’s went into Cintas Center in Cincinnati as heavy underdogs against one of the best teams in the country. Instead of going down easily, they gave their best effort during this tough Big East slate.

Felix Balamou had the best performance of his career for the Red Storm. The lone senior Johnny led the game with a career-high 20 points on 8-of-12 shooting.

“He’s been playing well. He’s an incredible athlete and when he attacks he becomes a special player. Felix didn’t play many minutes leading up to this year, but he’s played well pretty much throughout the year,” Mullin said.

Also pacing St. John’s was Durand Johnson who had 18. Kassoum Yakwe and Ron Mvouika also reached double digits, as the Red Storm shot 45.7 percent from the floor, 54.5 percent in the second half.

After falling behind by seven late in the first half, St. John’s went on a 13-2 run to take a brief four-point lead early in the second on three-point shots by Johnson and Mvouika

Xavier’s depth was ultimately too much for St. John’s. Myles Davis led the Musketeers with 16 points, Trevon Bluiett had 15 points and 12 rebounds, and three other players tallied in the double digits. They shot over 57 percent in the second half and went to the free-throw line 40 times on the night.

Xavier eventually surged to a nine-point lead in the waning minutes. The Red Storm kept it close for as long as they could down the stretch, and trailed by as few as four in the final minute, but could not inch any closer as Xavier iced the game at the line.

Despite yet another loss, Mullin and his crew remain focused on the task at hand, and will take any positive signs as forward progress. Considering how rough, and long, this losing streak has been, the more positive outlook, the better.

“We work hard, we play together, and we win and lose together,” Mullin said. “That was a winning performance. It’s not going to show in the win-loss column, but that’s winning basketball, there’s no question about that. So I’m proud of my team.”