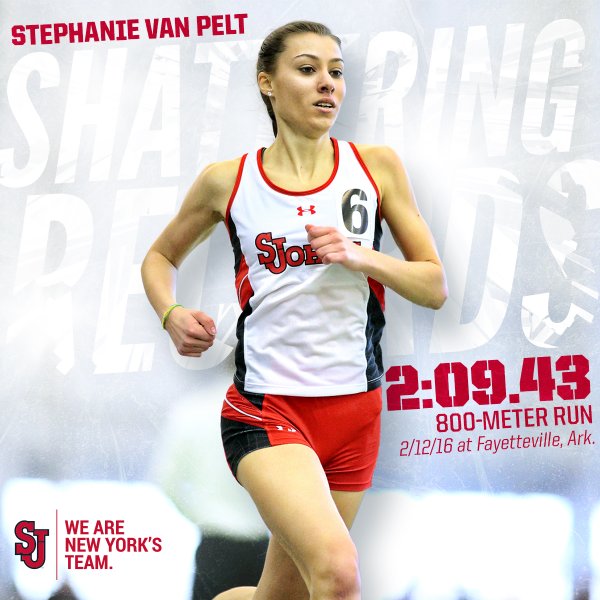 St. John’s track and field had another busy competition at two weekend invitationals, highlighted by another milestone by one of the Van Pelt sisters. The squad impressed at the Tyson Invite in Arkansas and the Monmouth Invite in New Jersey.

Stephanie Van Pelt’s school record in the 800-meter and her third-place finish in the mile highlighted their efforts at the Tyson meet. The sprints corps put up quality efforts on the fast track, falling just short of seasonal bests.

Van Pelt came out on top with top-three finishes and broke the school record for second place in the 800-meter run with a time of 2:09.43. Running with some of the top NCAA Division I sprinters, she finished third place, 4:57,32, in the one-mile.

On Saturday, the Red Storm travelled to New Jersey and took home third place overall thanks to the great performances in the field events. Both Nyla Woods and Ann Dagrin came out with two of the top-three finishes of the field events. Woods got first place with a toss of 18.73-meters, while Dagrin came in second in the weight throw with an 18.22-meter toss. As for the long jump, Erica Graham took another personal best of third place with a mark of 5.73-meters. Freshmen Winona Peace finished second place in the triple jump with a PR mark of 11.14-meters.