Johnnies downed by Princeton due to errors and pitching issues 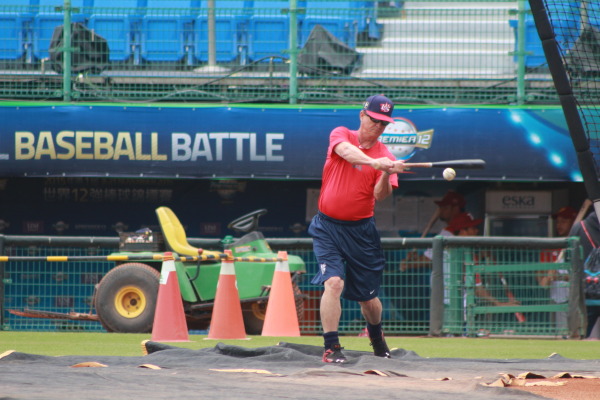 Considering how inexperienced their pitching is, it doesn’t help St. John’s to play poor defense.

After committing eight errors in a series victory against Georgetown, the Red Storm committed five last Wednesday night as they took a 9-4 loss from Princeton at Jack Kaiser Stadium.

St. John’s has now committed 43 errors on the season for a .962 fielding percentage. The pitching staff as a whole has given up 36 unearned runs in their first 30 games.

“We’re not working hard enough, and we’re not catching the baseball. That’s the bottom line,” head coach Ed Blankmeyer said. “You can’t give things away.”

Princeton scored twice in the second inning on a groundout by Andrew Christie that was booted by third baseman Robbie Knightes. The error scored an extra run from second; otherwise a routine play would have held them to one in the inning.

They then scored five in the third, as St. John’s committed three more errors in the inning. Starter Matt Messier threw wide on a pickoff attempt, and Michael Donadio later misplayed the ball on a single to allow runners an extra base.

A missed catch error by first baseman Gui Gingras, who committed another error in the fifth, allowed Princeton to score two more runs to put St. John’s in a 7-0 hole in the inning. Only five of Princeton’s nine runs on the game were earned.

Head coach Ed Blankmeyer was frustrated by his team’s performance Wednesday, as it was a continuation of their recent struggles in the field and on the mound. St. John’s has had a top-notch offense, but has also managed to take advantage of other teams’ mistakes and errors.

“We haven’t played really good baseball for quite some time,” Blankmeyer said. “[Princeton] didn’t make a mistake, but they didn’t beat us, we beat ourselves.”

Matt Messier gave up four runs (three earned) on four hits in 2 1/3 innings. Joey Graziano surrendered four runs (only one earned) but settled down for the next three innings.

St. John’s put together three runs in the fourth on an RBI double by Anthony Brocato (a rare start for him), a single by Gingras, and a single by Alex Caruso, but couldn’t muster much else after that. Josh Shaw grounded into an inning-ending double play in the fifth and two base runners were thrown out in the middle innings.

Caruso went 2-for-4 with two stolen bases and scored in the seventh. Donadio also went 2-for-4 but was caught stealing in an attempt to start a rally with the game still in reach in the fifth. Princeton tacked on two more in the sixth and seventh to put it out of reach.

“If we don’t clean these things up, we’re going to be in trouble, because when you start to face good pitching, the opportunities to score are less and less,” Blankmeyer