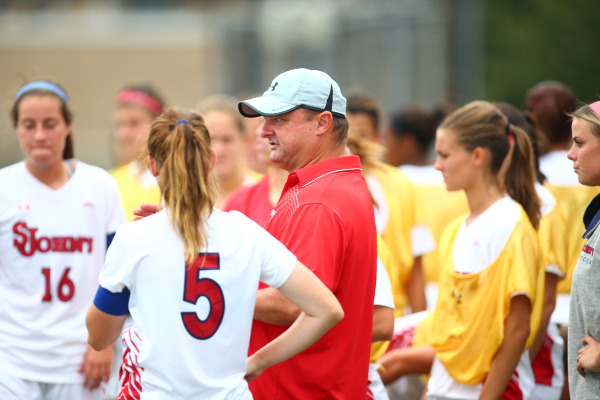 After nearly 70 minutes of scoreless play, sophomore Anna Maria Baldursdottir scored after a foul was called on Seton Hall in the box. Baldursdottir sent her shot just past goaltender Anna MacLean inside the right post for the game-winning goal.

The Red Storm earned the penalty kick after sophomore Samie Scaffidi was taken down in the box during a struggle for a loose ball. Baldursdottir stepped to the spot and found the back of the net for her second goal of the season.

With an attendance of 764 people, the Red Storm did not let the factor of being on the road affect their play. Overall, St. John’s outshot Seton Hall 18-4 and put five shots on goal, while the Pirates managed just two.

Senior goalie Diana Poulin continued her dominant play in net for the Red Storm. The shutout was Poulin’s seventh of the season, which ranks in the top-five in Division I and is two shy of her career-high set in 2014. Poulin’s goals-against average dropped to 0.28 and with the two saves, her save percentage climbed to .900.

“I was really happy with the way we came out in the first half and possessed the ball,” head coach Ian Stone said. “We made some tactical changes in the second half, which allowed us to create more opportunities. Any win on the road in the Big East is a good one.”