Chris Mullin to be recognized at Samaritan Daytop Foundation Gala 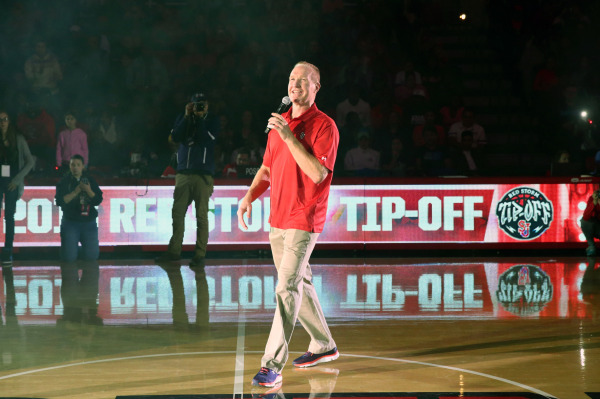 St. John’s own Head Coach for the Men’s Basketball Team, Chris Mullin, will be honored at the first annual Samaritan Daytop Foundation Gala Wednesday for his many charitable efforts along with his expertise in basketball, according to a St. John’s University press release.

The Samaritan Daytop Foundation is an organization that has set out to help New Yorkers that face various hardships, for more than 50 years. Some of the services they offer are substance abuse treatment, mental health and primary health care, specialized programs for military veterans, vocational and employment services, shelter and transitional housing and services for seniors, according to the Samaritan Daytop Foundation website. The organization serves over 30,000 people every year in over 50 facilities throughout New York City, Long Island and upstate New York.

The two-time Olympic Gold Medalist and Naismith Memorial Hall of Famer released a statement about the organization in the press release. “The battle with substance abuse and homelessness is daunting but the support of an organization like this one makes that battle just a little bit easier,” Mullin said.

Mullin continued, “New York City is my home and the work that Samaritan Daytop Village is doing to help the people of my city is an invaluable contribution that cannot be overstated.”

According to a press release, other guests that will be honored along with Mullin are Elizabeth Vargas of ABC News, Eric Hadar, Chairman and CEO of Allied Partners, and former NBA Player Chris Herren, the CEO of Hoop Dreams with Chris Herren, Inc.

The event will take place at the Tribeca Rooftop in Lower Manhattan from 6 p.m. to 9 p.m. To purchase tickets, visit the organization’s website at www.samartianvillage.org.