Former Editor In Chief journeys from The Torch to the NFL 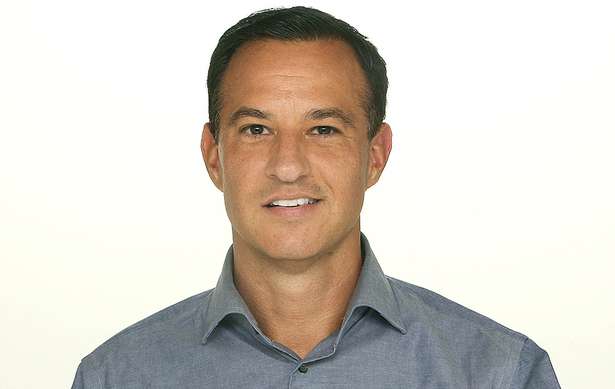 It was Jan. 4, 2006 at the Rose Bowl Game in Pasadena, CA. Number two Texas trailed top ranked USC, 38-33, with 26 seconds left in the BCS National Championship game. On a 4th and 5, Longhorns quarterback Vince Young rolled right from the Trojans’ nine-yard line, beat the defense around the corner and snuck inside the pylon untouched for the game winning touchdown.

On the sideline near the USC end zone stood celebrities such as actor Matthew McConaughey and American cyclist Lance Armstrong. But in between them was a self-described “kid from Queens” who was able to witness one of the greatest college football games ever played.

That “kid from Queens” was St. John’s alumnus Joe Schad, who at the time was a 31-year-old college football sideline reporter for ESPN.

“So standing between Lance Armstrong and Matthew McConaughey as Vince Young is running into the end zone and confetti is about to fall at the Rose Bowl, one of the great college football games in history,” Schad told the Torch in an interview last week. “I look to my right and look to my left and I don’t remember what they said. Matthew said something to me and I just thought to myself, ‘What am I doing here?’ That would probably be the number one great memory and ironically it happened 10 years ago.”

Building up to that memorable moment for the now 41-year-old Schad, was a career that was sparked by an unconventional visit to The Torch office on one routine afternoon at St. John’s.

“One day I was sitting on my couch watching ‘The Price is Right,’ and I was like, ‘Why am I sitting here watching The Price is Right? There has to be something I can do to be more productive.’ So I strolled over to the Torch office and basically said, ‘Hey do you guys need a sports writer? I think that would be fun to do.’”

Schad not only joined the Torch’s sports staff, but also began calling basketball games and working his show for the WSJU radio station. By the end of his time at St. John’s, Schad was the Editor-In-Chief of the Torch, Sports Editor of the Torch and Sports Director of WSJU.

After earning a degree in journalism in 1997, Schad worked a pair of part-time jobs as a reporter for Newsday and a researcher for ESPN The Magazine. Knowing that he needed a full-time job, he began to extend his search outside of New York, eventually taking a position with the Orlando Sentinel in Florida.

It was in his time in Florida that Schad got his first taste of big time college football by covering the Florida Gators. He distinctly remembers his first time covering a college football game, when the top two teams in the country, Florida and Florida State, squared off at Ben Hill Griffin Stadium.

He later moved on to covering the Miami Dolphins for the Palm Beach Post despite growing up as a New York Jets season ticket holder. After two more years in Florida, Schad accepted a position as a National College Football Reporter at the worldwide leader in sports.

It was at ESPN that Schad gained experience, not only reporting and writing, but in broadcasting on both television and radio. He made appearances on ESPN shows such as College Football Live, SportsCenter, Mike & Mike and College Gameday.

Aside from the great experience he gained in the field of journalism, Schad also had the perks of watching some of college football’s greatest players from the sidelines.

“Being on the field and watching players like Cam Newton, Johnny Manziel, Tim Tebow, some of the greatest players in college football history whose careers and legacies will live on forever, being able to literally stand five feet away from them while they’re engaging and conversing with teammates and coaches, and being able to report on what I saw and heard, not a lot of people get to do that,” Schad said.

“I don’t know how I ended up there, but I’m really glad I did because it was a really awesome, memorable experience.”

After 11 years and four contracts at ESPN, Schad and the company decided to part ways in April, making him a media free agent.

Having spent over a decade covering college football, he determined that the best route for his career would be to return to covering the NFL. Throughout the spring, Schad weighed his options as jobs opened up in Buffalo, Cleveland, Detroit, Green Bay and Minneapolis.

“I had two offers, one was the New Orleans Times Picayune to cover the Saints and I was about to accept the position and then the Dolphins job came open and the guy who was the sports editor when I was first there was the publisher of the whole paper.”

That was enough to convince Schad to return to South Beach, where he covers the Dolphins as a beat reporter.

From his first stint in Florida, to covering games across the country for ESPN and his current position, Schad believes his time at St. John’s helped prepare him for the daily grind of journalism.

“The pressure, now it was weekly so it wasn’t like intense pressure, but the pressure and the responsibility,” Schad said regarding his time at the Torch. “All those different things, all those experiences, really did help prepare me far better than any class.”

As someone who has succeeded in the journalism business, Schad offered up advice for those St. John’s students who are in the same position he was once in two decades ago.

Schad continued as he addressed those who are skeptical about the future of the industry.

“Don’t give up and don’t listen to people who tell you that journalism is a dying industry and that you can’t make money working for news organizations,” Schad said.

“As long as the Miami Dolphins exist, there’s going to be someone that is needed to cover the Miami Dolphins. As long as there are Presidential elections, there will be people need to cover those debates, cover those elections, dig into the issues, do investigative research. As long as there’s people traveling around the world, there will be a need for people to write and broadcast information about travel because people are going to need that information. So journalism is changing but it’s not dying.”