Blasts from the Past: Former Johnnie trades in his cleats for a badge 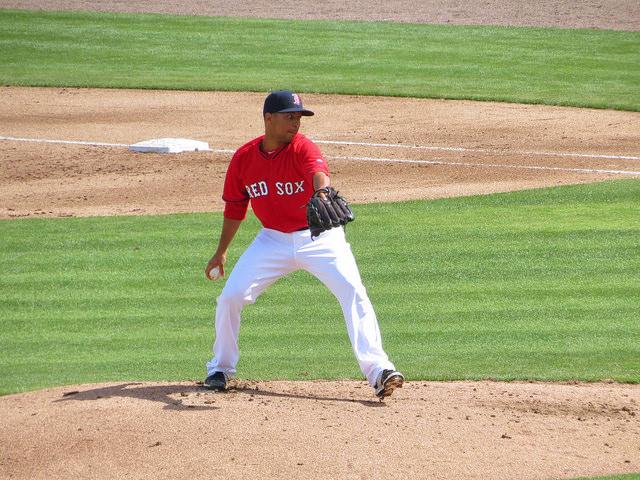 Choosing to become a New York City police officer is a decision that entails a great deal of sacrifice. Officers put their lives on the line each and every time they go into work, spend hours upon hours away from their families and work deep into the night.

Very few officers, however, can say that they’ve made a sacrifice as large as the one that Anthony Varvaro did to serve his community.

If you’re a baseball fan that name should sound familiar. Varvaro spent parts of six seasons in the MLB pitching for the Seattle Mariners, Atlanta Braves and Boston Red Sox.

Mainly as a reliever, he was solid throughout his career, pitching to an impressive 3.23 ERA including two stellar seasons in Atlanta from 2013-2014.

This past June, Varvaro, 32, decided to voluntarily retire from professional baseball to pursue a career as a Port Authority Police Officer. He and the rest of his academy class will graduate and become officers on Dec. 8.

“I figured that I had a pretty successful career in baseball, I had played a number of seasons and I was fine moving on to the next step of my life knowing that I could chose what I wanted to do,” Varvaro said in an interview with the Torch on Dec. 2. “The Port Authority, it’s something that I sought out, I actually sought it out while I was in the major leagues.”

Varvaro, a Staten Island, NY native and former St. John’s baseball standout who graduated in 2005, said that the decision to retire and pursue a different career path was not made in a day.

After sitting out the most of the 2015 season due to injury, Varvaro was given a non-guaranteed contract with Boston and a spring training invite prior to the 2016 season. He was then assigned to the Red Sox Triple-A affiliate, the Pawtucket Red Sox, to begin the regular season. Then, three months into the season, a call from the Port Authority came.

“I kind of felt like my body was breaking down a bit, I felt like my career may have been coming to an end,” he said. “I probably could have played a little longer, but that’s when an opportunity with the Port Authority Police Department arrived.”

So now at 32-years-old, the “retired” Varvaro begins a new career with the Port Authority, a career that he says has been incomparable to the past 11 years of his life playing professional baseball.

“The [Major League Baseball] season is 162 games plus a 30-game spring training schedule, you’re traveling, that lifestyle is tough,” Varvaro said. “Trying to compare that to this lifestyle these past six months at the academy, I don’t want to say it was hard, but it was challenging because it was different. It was something that I had never experienced.”

A major challenge that Varvaro said he faced in the academy was going back to school. The St. John’s alum noted that he obviously hadn’t been in a classroom environment in over a decade.

A major part of Varvaro’s training with the Port Authority was educational. Port Authority officers are required to know both New York and New Jersey laws since they will be working in bridges and tunnels that cross between the states.

“At the academy, they go over everything, and at first it was a little difficult because I hadn’t been to school in, what, 10 years? I wasn’t in school mode,” he said. “But once I became acclimated it became, I don’t want to say easy, but it just became more comfortable.”

When Varvaro begins his career with the Port Authority this week, he’ll almost certainly be the member of his graduating class with the most unique path to that point.

Born and raised on Staten Island, Varvaro attended Curtis High School. It wasn’t until towards the end of his baseball career at Curtis that he realized he might have a chance at playing professionally.

“Growing up in New York City, you don’t really have many too many athletes out of New York City that go pro [in baseball],” Varvaro said. “It wasn’t something that I considered realistic.”

His rise to the professional ranks continued as a member of the Red Storm, where Varvaro earned Second Team All-Big East honors in 2004 and was named an All-American during his final season in Queens in 2005.

Varvaro dropped to Seattle in the 12th Round of the 2005 MLB Draft due to an injury that required Tommy John surgery, putting him behind the rest of his draft class right out of the gate.

“You don’t really realize that getting drafted is really just putting your foot in the door, then you have to climb up the minor league ranks up to the major leagues and then you’ve got to stay there,” he said.

Varvaro eventually did just that. By 2010 he had made his major league debut with the Mariners as a September call up. He pitched just four innings in what he called a “cup of coffee” with Seattle, but was then claimed off waivers by the Braves, where he made a name for himself.

In four years with Atlanta, Varvaro pitched to a 2.99 ERA and allowed just 56 earned runs in 168.2 innings. His time with the Braves culminated with a 2014 season where he allowed 16 runs and struck out 50 batters in 54.2 innings.

At the Port Authority Academy in Jersey City, NJ, Varvaro noted that it is not lost on his classmates that they may have seen one of their fellow graduates on TV just a few years ago.

“Everyone here at the Port Authority, they all know, they’re all aware of who I am, where I came from, they ask me a million questions every day,” Varvaro said jokingly.

There was no way that Varvaro could have prepared for those questions, but he did note the help that St. John’s gave him in preparing for his future career.

After bouncing around majors at St. John’s from Education to Sports Management, Varvaro eventually settled on Criminal Justice. In the Criminal Justice program, he noted that many of his professors were either lawyers or retired police officers.

“They would give you on the job, real-life experience, they would incorporate that into a learning environment,” he said. “So just hearing that stuff, it mirrors what we do here in the academy.”

Varvaro does not know exactly what the future holds for him upon graduation. He does, however, have two main goals for his future self.

“In today’s day and age, everyone knows that law enforcement isn’t exactly the safest job, so you’ve just got to make sure that you make it home safe every night, that’s the first thing,” he said. “And then the second thing is just to do my job, and to try to go to work every day to do what I took this job for, which is to help people.”

Aside from those objectives, it remains clear that Varvaro simply wants to remain “one of the guys” when he joins the force, despite his high-profile background.

“I’m really just a normal guy, I’ve always considered myself a blue collar worker,” he said. “I’m just like the rest of the guys. I’m just a guy with a talent, that’s all.”