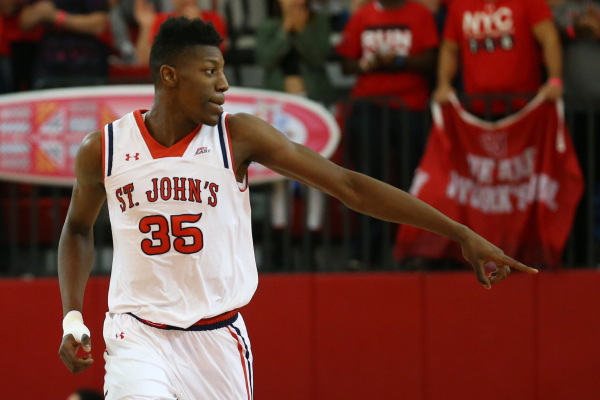 In the midst of a three-game winning streak, center Yankuba Sima has been granted his release from the St. John’s men’s basketball program. Sima informed head coach Chris Mullin of his desire to transfer out of Queens, and has been given permission by the program to talk to other Division I schools at this time.

“I want to thank the coaching staff and the administration for all of their support since I arrived at St. John’s,” Sima said in a statement. “I enjoyed my experience at St. John’s, but right now I feel it is best for me to explore options that will be a better fit for me as I work toward my goals.”

“We wish Yankuba the best of luck,” Mullin said in a release. “I know this wasn’t an easy decision for him, but we respect and understand it. He’s a good basketball player and a good person with a bright future ahead.”

Sima hasn’t scored in double figures since the team’s second game of the Battle 4 Atlantis tournament against VCU. He did not start in last night’s victory over Fordham, playing only 12 minutes and scoring one point.

With the sophomore center transferring out of the program, Kassoum Yakwe, Tariq Owens, Amar Alibegovic and Richard Freudenberg will be thrust into even bigger roles in the front court.