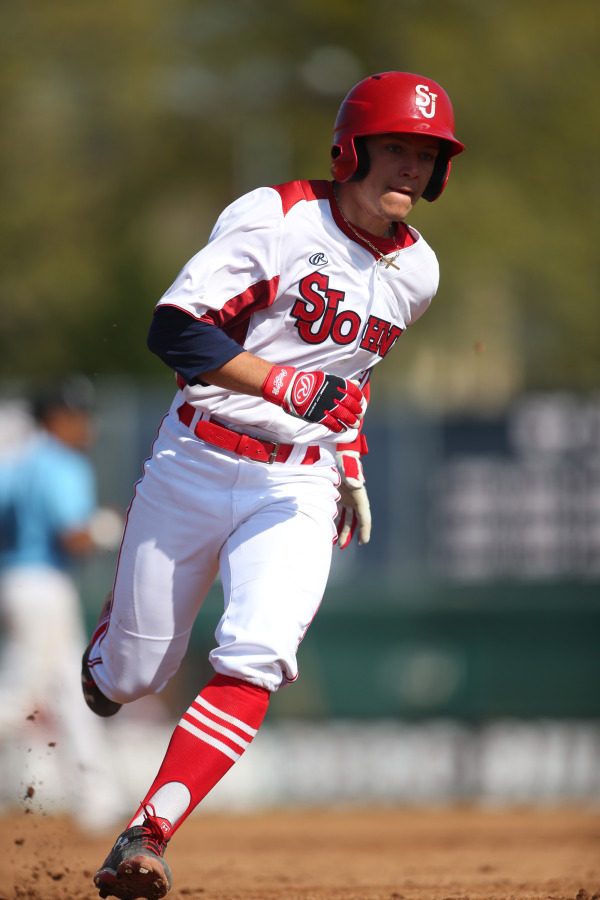 Josh Shaw looks to continue on the success of his freshman season. (Photo Credit: RedStormSports.com)

Make no mistake about it: winter is still here. Freezing temperatures and strong winds render it nearly impossible to make the short walk from the residence halls to the D’Angelo Center for something to eat between hibernation-like naps, and the motivation to go to class is at an all-time low across the St. John’s student body.

While spring may feel like a lifetime from now, the St. John’s baseball team is already working towards some warm-weather paradise. After an up-and-down 2016 season that saw them finish just a hair above .500, the Red Storm is already back to the grind, kicking off their 2017 schedule with a trio of tournaments in the Carolinas.

Head Coach Ed Blankmeyer, now in his 22nd season at the helm, hopes that his relatively young squad will benefit from their trying season a year ago. The team returns eight starters to a lineup that led the team to a conference-leading .284 batting average.

“If you look at our group on the field, they have a lot of experience in Big East play,” Blankmeyer said in his 2017 season preview video. “I’m expecting those guys as well to have very good years.”

The Red Storm, even with half of the roster comprised of underclassmen, have some elder statesmen ready to make the program the class of the Big East again. Outfielder Michael Donadio, a three-time First Team All-Big East selection, returns for his senior season after starting all 55 games and hitting .315 with 16 doubles in 2016.

They also return redshirt junior John Valente, who ended the season on a ferocious 12-game hitting streak, and junior Jesse Berardi. He hit .298 and led the the team with five homers.

The Red Storm should have no problems at the plate this season, but their fortune on the mound is questionable. They lost 2016 Big East Pitcher of the Year Thomas Hackimer to the MLB Draft, and their most experienced starting pitcher, senior Ryan McAuliffe, had a less-than-stellar 2016 campaign.

With Hackimer, the all-time saves leader in program history, gone, the Red Storm needs to find a new hurler to close out games. There is a bevy of options, but none quite hold up to the standard set by Hackimer. Even with his outstanding 1.17 ERA, the team finished second-to-last in the conference with a 4.75 ERA.

“Obviously, our major concern is the back end of our bullpen,” Blankmeyer said. “The personnel is there, we have a lot of different options, it’s just trying to figure out, ‘who are the guys?’”

Still, there is hope that the Johnnies can slug their way through the season, similar to the way they mashed opposing pitchers in 2015 en route to one of the greatest seasons in program history. They recorded an absurd .288 team average and won 41 games, the second-highest total in team history.

Playing in those early season tournaments could make a coach’s head spin. The Red Storm plays four games in a row on a back-to-back weekend to open up the season, then plays four games in five days before starting their conventional three-game series schedule. Blankmeyer, however, said that mixing up the schedule early on pays off later in the season.

“Matching up in series versus matching up in a tournament is kind of like potluck,” Blankmeyer said. “I like the fact that we’re playing different styles of teams to see where we need to work and what areas we need to develop in.”

Part of sorting through the team, as Blankmeyer said, is figuring out how the new pieces fit into the roster. Assistant coach Mike Hampton, who also serves as the recruiting coordinator, put together a nine-player freshman class made up almost entirely of players from the tri-state area; seven of those newcomers hail from New York, New Jersey and Connecticut.

“We have an outstanding recruiting class that’s currently here that we’re very excited about,” Blankmeyer said. “We certainly have added some depth to our lineup.”

That depth will be sorely needed if the Red Storm wants to get through their tough schedule. They play a slew of potential NCAA Tournament teams in their first three weekends, and their non-conference schedule is littered with territorial rivalries.

“It’s an interesting group,” Blankmeyer said. “We have a nice group on the field, and we certainly have some additions that I think are going to challenge for playing time.” 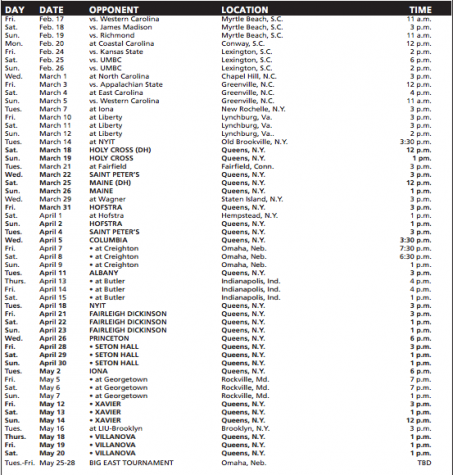