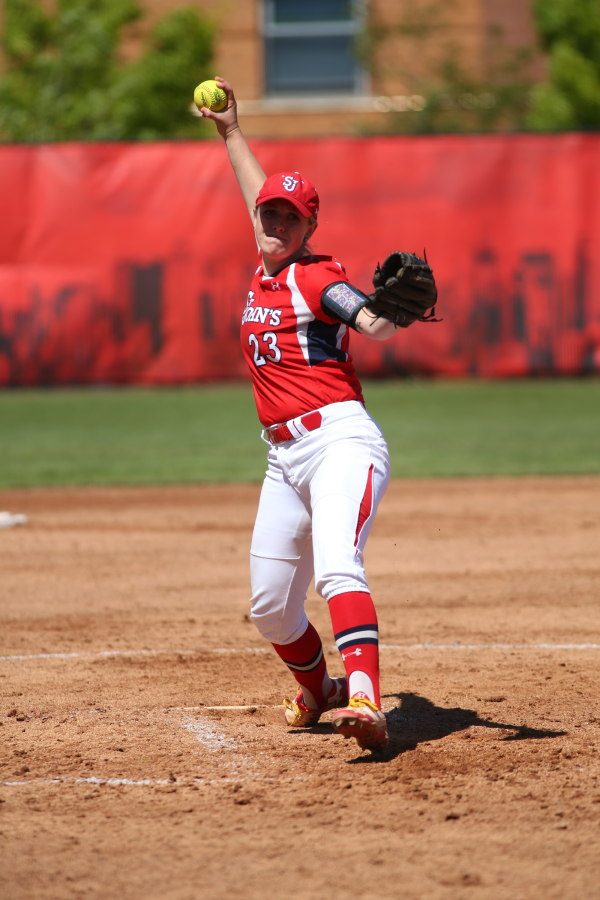 Grace Kramer will be one of the top starters for the Red Storm. (Photo Credit: RedStormSports.com)

Soon after being chosen to win the Big East in the Coaches’ Preseason Poll, receiving six of the available eight first place votes, the St. John’s softball team opened their season with split games, a loss to Florida and a win against Delaware.

The softball team has brought on five freshman this season.

“The expectation is that they all truly learn the game and our system as well so that they can instill it into the new people each year.  Peer education is a big part of what we look to within our program.  We want them all to gain valuable experience, learn from mistakes, mature, adjust and adapt to the speed of play at this level,” said Coach Amy Kvilhaug.

The team also has eight of their starters returning and retained their entire pitching staff.

“As far as the upperclassmen, the expectation is really the same as the freshmen.  We expect adjustments, learning and an even keeled mentality and approach to the season,” Kvilhaug said.

“No one person stands out in our program as we believe that every role has extreme value for us.  A bench player or pinch runner brings every bit as much significance to our team as a starter,” she continued.

Despite the significant number of new and returning players, the transition into this season has been smooth.

“Our team chemistry is coming along very nicely.  It has been an enjoyable process watching the team mesh as a unit. I only see our bond getting stronger with each game.  It’s been a fun challenge.”

Gretchen Bowie and Madison Morris both received a spot on the Big East Weekly Honor Roll after helping the team win three games at the `Strike-Out Cancer’ Tournament in Boca Raton, Fla.. Morris held hitters to a .119 batting average and had seven strikeouts. Bowie, a rookie, was only a single shy of the cycle and also finished the game with three runs scored in her fifth collegiate game.

The team’s record is currently 4-5. They will compete this weekend in the Mary Nutter Collegiate Classic, a renowned competition in Cathedral City, Calif.. The Johnnies will make their way through the Collegiate Classic, Buccaneer Classic, and the St. John’s Invitational in their attempt to make the Big East tournament that takes place mid-May.

Every game has equal importance to us.  The most important game is always the next one we are preparing to play.  Our approach is very much one game at a time.  We firmly believe that no one opponent is any more or less important than the other. 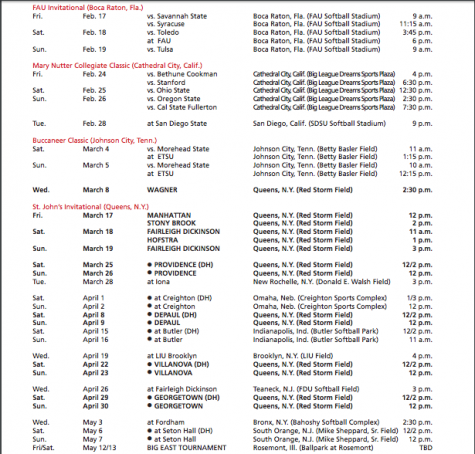