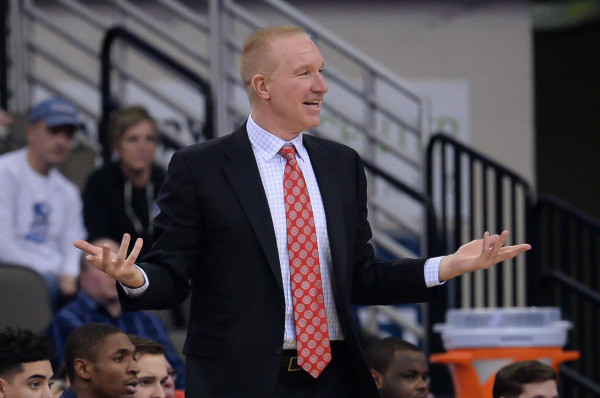 With seven conference wins and hopes of moving up from the eighth spot in the Big East standings, St. John’s traveled to Omaha looking to avenge an earlier loss to Creighton. Fresh off a weekend victory over Georgetown, the Red Storm went into Tuesday night’s game with a 7-9 record against conference opponents. The team’s recent struggles on the road, however, carried over against the Blue Jays, with poor shooting from the three-point and free-throw lines contributing to an 82-68 defeat.

Freshman Shamorie Ponds led St. John’s with 16 points, including a career-high six steals, adding to his Big East-leading total of 63. Junior guard Marcus Foster led all scorers with 18 for Creighton (23-7, 10-7 Big East), who currently sit third in the conference.

Five of Foster’s points came during an 11-0 run to start the game for Creighton. A 43-30 halftime lead was extended to 16 following three of Isaiah Zierden’s 12 points less than two minutes into the second half. Eight points from St John’s (13-17, 7-10) sophomore Malik Ellison cut the lead to 58-53 with 9:36 remaining. The Blue Jays then responded, scoring 10 of the next 13 points to go back up 68-56 three minutes later.

The Johnnies never came within eight points the rest of the way.

“In general, I thought the end of the first half and the beginning of the second half killed us,” Head Coach Chris Mullin said. ”First half in general we just were soft…In the second half we played pretty solid defensively but we put them on the line. They shot 16-of-19 from the free throw line. We did a good job with everything else but we put ourselves in foul trouble. To win here you have to play 40 minutes. We didn’t do that.”

Mullin also pointed to his team’s body language as a negative factor, an aspect that has been discussed by many given the youth on the team.

“We have a young team so we get defeated quick,” Mullin said. “If a shot doesn’t go in or a guy feels someone missed him. I thought tonight was about as much about our body language, our energy as much as anything else.”

Ponds was the only player in double figures for St. John’s. Ellison and Marcus LoVett scored nine and eight points, respectively. Khyri Thomas scored 14 points and dished out seven assists for Creighton.

St. John’s will return to Madison Square Garden on Saturday for its last regular season game, taking on Providence (18-11, 8-8) at noon.