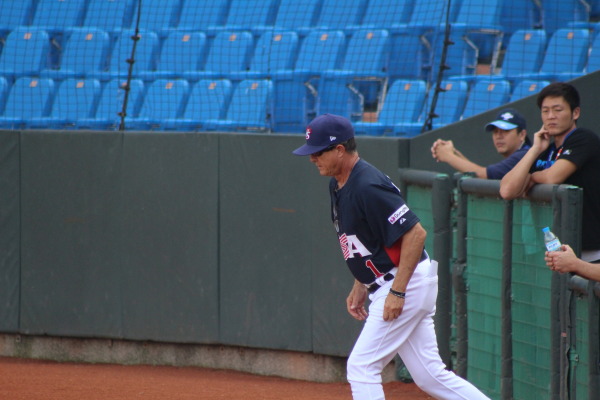 The St. John’s baseball team is off to a ground breaking 12-2 start this season after the Red Storm finished a disappointing 28-26 last year. This season is more accustomed to a baseball program that has accomplished much success over the years.

A big reason for St. John’s success this season has been the dominance of their pitching staff on the mound. However, two St. John’s baseball alumni are taking the mound in another country.

Alex Katz and Danny Burawa are currently pitching in the World Baseball Classic for Team Israel in Seoul, South Korea, but got their start right here in Queens.

Burawa, 28, spent one year at St. John’s after transferring from Suffolk Community College. His short stint at St. John’s was very successful, as he lead the Johnnies to a Big East title in 2010. Burawa recorded 12 saves that season along with 30 relief appearances.

Burawa grew up in Riverhead, N.Y., not too far from St. John’s, and chose the school because of its reputation as a prestigious Catholic university with a great baseball program.

Burawa continued to play baseball in New York when he was drafted by the Yankees in the 12th round of the 2010 Major League Baseball Draft. He made one major league appearance for the Yankees and 12 appearances in relief for the Atlanta Braves after they traded for him.

Katz, 22, started as a freshman and spent three years at St. John’s. He left the school in 2016 after completing the fall semester. He led the Johnnies to a Big East title in 2015 and was hailed as one of the top southpaws in the conference.

That season, he ranked seventh in the league with 52 strikeouts. He cited the esteemed baseball program that St. John’s has as his main reason for attending the university.

Katz was right, because he was one of six players at St. John’s drafted to the major leagues that year. He was drafted by the Chicago White Sox in the 27th round of the 2015 Major League Baseball Draft.

Katz played baseball at Herricks High School in New Hyde Park and, like Burawa, also grew up in New York.

Team Israel was ranked 41 in the world by ESPN, making them the biggest underdogs in the tournament. However, if Katz and Burawa make an impact for Team Israel like they did for St. John’s, their pitching will surely be in good shape.