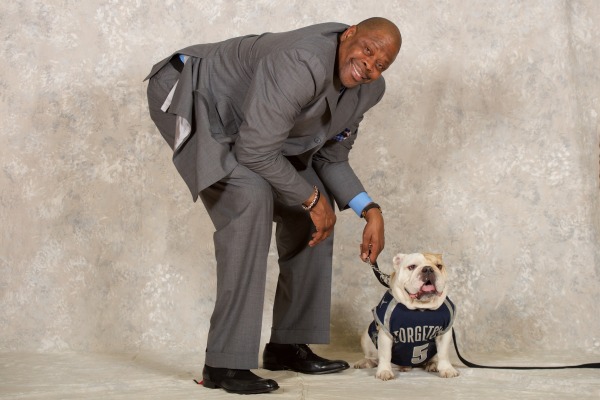 The clock continues to turn back in Big East basketball, as 2017 looks more and more like the 1980s. Chris Mullin just finished his second year of coaching at St. John’s, and this past week, Georgetown announced that Patrick Ewing would replace John Thompson III as head coach.

Ewing and Mullin are both NBA Hall of Famers that even played together on the 1992 USA Olympic basketball team–one of the greatest teams ever assembled–but both got their start in the Big East conference. Patrick Ewing and Chris Mullin going toe-to-toe in conference play was a treat. It was a showdown between two of the NCAA’s best players and two highly competitive basketball programs.

The rivalry reached its pinnacle  in 1985, when number one ranked St. John’s took on number two ranked Georgetown in the final four to clinch a spot in the NCAA title game. The game was dubbed “The Sweater Game” because St. John’s coach Lou Carnesecca wore the same sweater every game since St. John’s was the first ranked team in the country.

When Georgetown coach John Thompson came out on the court at Madison Square Garden before the game, he too had the exact same sweater Carnesecca had. It gave the crowd plenty of laughs, but in the end, Georgetown had the last laugh. They won that game 85-69.

Now, the scenario is a bit different, as Ewing and Mullin look to take their respective programs back to prominence through coaching. The thought of building up the Big East again was too much to pass up, even if the challenge seemed too steep to climb.

“Being our alma maters, it makes it more special,” Mullin told the Washington Post. “I saw Patrick say he wouldn’t do it for any other school. I was not going to another college.”

Ewing echoed those thoughts, telling the media at his introductory press conference as coach that the only reason he’s now coaching in college, is because he’s a Hoya.

“I just thought it was a great opportunity to come back and try to help rebuild the program,” Ewing said. “Any other university and the answer would be ‘no, I’m going to stay in the NBA.”

Like the Big East, the St. John’s vs. Georgetown rivalry has dipped since its peak over 20 years ago. Now, it has two of the most competitive players as coaches, adding fuel to the historic rivalry.

The Red Storm face off against the Hoyas twice a year. These two “Catholic seven” teams will make those games count, especially with bragging rights on the line between good friends…and old foes.