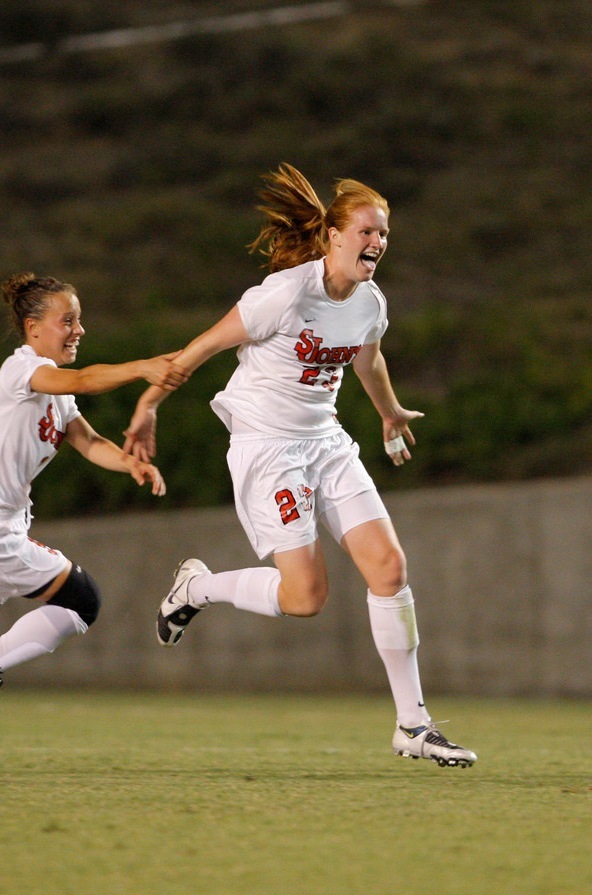 The defender was a part of the first ever NCAA tournament team in 2009 for the Johnnies in her tenure. She made total of 65 appearances in her three playing years and even scored eight goals despite playing on the defensive end of the field.

After finishing her undergraduate career, she accepted the graduate assistant position until 2012. From there, she joined the Long Island Rough Riders, which was named the W-League Team of the Year that season.

With her play on Long Island, she earned herself a spot on Peaumont United in the UEFA Women’s Champions League. Barsley played there for a year until she was offered a spot on Eskilstuna United before the 2014 season.

She has put together an impressive couple of seasons with that squad, elevating it from the country’s second-tier league to the top-tier league by the end of her first season. In 62 appearances on Eskilstuna United, Barsley has scored 17 goals playing center back.

Barsley, now 29 years old, will represent Scotland in international play. Manager of the national team, Anna Signeul, noticed her strong play with Eskilstuna United and praised her and fellow call up, Sophie Howard, this past week.

“It is exciting for Vaila and Sophie to be included in the squad for the first time. They are both very good quality players and important members of their respective club sides. We’ve looked at Vaila for some time and she has been doing well in Sweden… They are both really excited and honored to represent Scotland and we’re looking forward to having them with us.”

Entering international play means competing with the highest competition in the world, so this is an exciting opportunity for the Red Storm alumna as she will have the chance to show off her abilities on the largest stage in the world of soccer.

Scotland will play at Belgium on April 11. After that match, international competition takes a break and starts back up again in July.