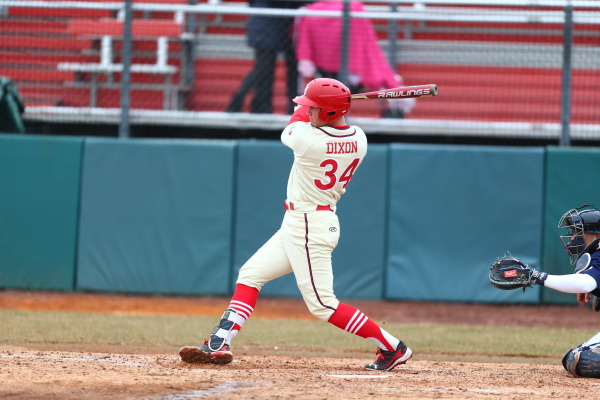 The 1980 Philadelphia Phillies earned the moniker “The Cardiac Kids” for their ability to grind out victories in close games. They led Major League Baseball with 13 wins in extra innings and finished tied for third out of 30 teams with 32 victories in games decided by one run.

By October, the Phillies traded that swashbuckling nickname for something a little more formal: World Series Champions. They hoisted their first World Series trophy in franchise history by topping the Kansas City Royals in six games. Every game was decided by three runs or fewer, including a pair of one-run Phillies victories in the first and fifth games.

The St. John’s baseball team has had similar success this season, taking close victories and leaving their fans’ blood pressure just a little higher than it was the day before. Through the first 31 games this spring, the Red Storm is a perfect 5-0 in extra inning games and has scratched out four wins in games decided by one run. From 2013-2016, Head Coach Ed Blankmeyer and his team played in six extra-inning games total.

St. John’s obviously does not have the talent level that the Phillies had 27 years ago; that team boasted a trio of future Hall of Famers in Mike Schmidt, Pete Rose and Steve Carlton. However, the roster is chock full of experienced players who undoubtedly have given the team an advantage in crunch time.

Last week’s sweep of Big East rival Butler is a perfect example of this will to win when it counts. Two of the Red Storm’s three wins came in extra frames, beginning with the opener on Thursday afternoon. Three upperclassmen led the charge in the 6-2 victory, including junior Anthony Brocato’s go-ahead, bases loaded walk in the top of the 10th to give his team the lead for good.

Fellow junior Jamie Galazin stretched his hitting streak to 13 games with a three-hit performance, and star senior Michael Donadio moved into the top 10 in program history in hits with an RBI single in the third. Senior catcher Troy Dixon led the charge, though, with six RBI over three games against Butler and was named Big East Player of the Week for his efforts.

It’s not only the veterans that are getting it done, though. Freshman Sean Mooney tossed eight impressive innings in that game, and sophomore Turner French turned in a performance even more clutch. He worked around a leadoff triple in the bottom of the ninth and a bases loaded, one-out jam in the tenth during the series finale to give his team a chance and earned a spot on the conference’s weekly honor roll.

Sometimes, it just takes more than nine innings for lightning to strike for the Red Storm. French’s exploits led to a nine run 11th inning and a 12-3 victory. They’ve won three of those five extra inning games by more than one run, a figure that certainly boosts their conference-leading offense.

It remains to be seen if these elevated situations will serve them well come June. The extra experience could make them a team to beat in the NCAA Tournament, where the Johnnies will almost certainly play after the conference tournament on Memorial Day Weekend.

The laborious, high-stress innings could wear the team down by the middle of next month, though, rendering their blazing start useless. If the first half of the season is any indication, though, St. John’s will find a way to win, no matter how long it takes.