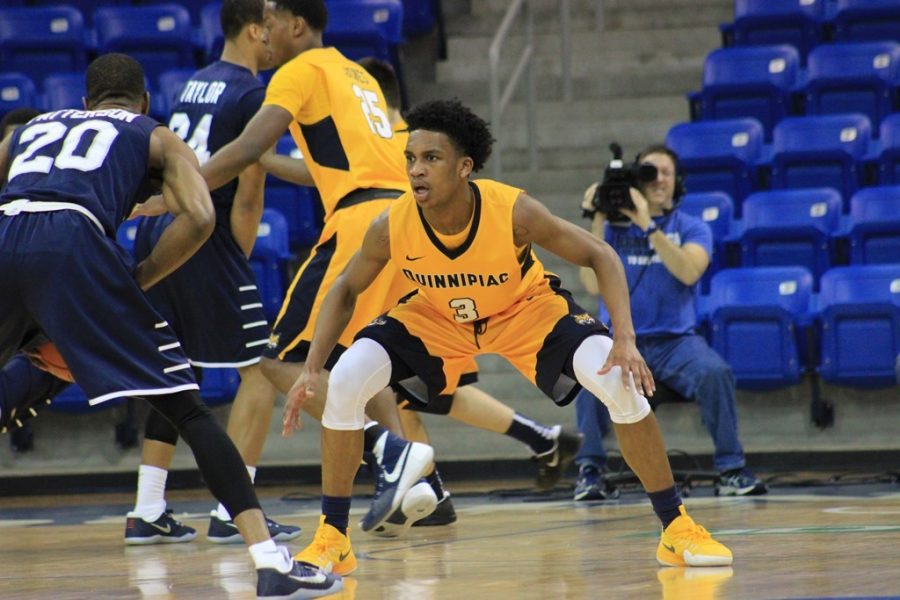 A tweet from Twitter user @mabde33 was sent out at 2:58pm on Tuesday, April 11. There were no words, a smiley face the only character present of the 140 allotted on the popular social media outlet. 23 of his 5,108 followers retweeted him, 103 liked it and 11 responded, the first on the thread saying, “Keep it up Matt! We appreciate the hard work. #sjubb.”

The man behind the tweet is St. John’s basketball assistant coach and recruiting guru Matt Abdelmassih, who serves on Chris Mullin’s staff and was named the nation’s top transfer recruiter by several ESPN college basketball experts.

Abdelmassih, who graduated from St. John’s in 2007, spent five seasons at Iowa State, including four as an assistant coach. He was essential in recruiting some of the country’s top prospects, several of whom were key contributors during a run in which the Cyclones went 99-40 in his four seasons as an assistant.

With star guards Marcus LoVett and Shamorie Ponds looking to build upon their strong debut seasons, the Red Storm will anticipate incoming transfers Justin Simon and Marvin Clark Jr., who each sat out a season after transferring from nationally-recognized programs in Arizona and Michigan State, respectively.

Simon, a 6-foot-5 guard from California, was a five-star recruit coming out of Brewster Academy in New Hampshire, where he averaged 12.5 points, 5 rebounds and 3.5 assists per game as a senior. It is likely that Simon will play alongside the aforementioned backcourt duo, giving Mullin’s offense another reliable scoring weapon.

Clark brings an interior physical presence that St. John’s has lacked over the past couple of seasons. At 6-foot-7, 225 pounds, he averaged 20 points and nine rebounds as a senior in high school. Rated a top-40 prospect in the class of 2014, Clark scored just under four points and grabbed over two rebounds in 10 minutes of play per game in his final season at Michigan State.

In a recent evaluation by Bleacher Report, St. John’s ranked third in amongst Division I teams in projected impact of sat-out-a-year transfers for the 2017-2018 season.

Even though the Red Storm will see three players depart from the program, Abdelmassih’s impact has kept recruits attracted to St. John’s, who increased their win total from eight in 2015-16 to 14 this year.

Forward Richard Freudenberg declared his decision to play professional basketball in Germany. Senior center Darien Williams, who originally committed to Iowa State during Abdelmassih’s tenure as assistant coach and soon followed him to New York, announced his plans to play as a graduate transfer elsewhere.

The biggest loss was sophomore guard Malik Ellison, who appeared in all 33 games for the Red Storm last season, a campaign in which he averaged 7.4 points, 3.3 rebounds and 2.5 assists. He started 35 of the 57 games in which he appeared dating back to his freshman year.

Abdelmassih, however, has responded by attempting to fill the three scholarships that remain open. Just last week, the team landed former Quinnipiac guard and MAAC Rookie of the Year Mikey Dixon, who verbally committed to transfer to St. John’s. The 6-foot-2 Dixon averaged 16.5 points for the Bobcats as a freshman.

The recruiting guru seemed to have worked his magic and discreetly told the world.

In addition to Dixon, Our Savior New American center and class of 2018-commit Boubacar Diakite took an official visit to campus Easter weekend. Nikola Scekic, a 7-foot-1 center out of Hutchinson Community College (Kansas), also visited campus and met with Mullin over the weekend.