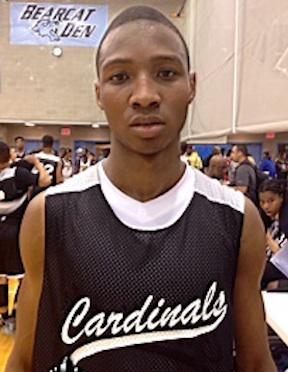 St. John’s-commit Boubacar Diakite, a 6-foot-8 wing forward in the class of 2018, will spend the 2017-2018 season on campus as a member of the Red Storm after enrolling early and reclassifying. The news was reported Monday afternoon by Andrew Slater of 247Sports.com.

Diakite, a four-star wing prospect out of Our Savior New American School in Centereach, N.Y., announced his commitment to St. John’s last June. After receiving an offer from the Red Storm last February, Diakite participated in the team’s Elite Came days before making his commitment official.

Diakite follows a line of former and current Red Storm players who have come out of Our Savior New American. Chris Obekpa and Felix Balamou, both of whom played under former St. John’s coach Steve Lavin, attended the Long Island school, as well as current forward Kassoum Yakwe.

Yakwe, who graduated from the school in 2015, has a close relationship with Diakite. Both players are from Mali and often talked about the program and the school following games.

The Red Storm hope Diakite will be able to participate in practice in the coming months as he recovers from offseason knee surgery. Diakite is the fifth player to sign the Red Storm this year, joining shooting guard Bryan Trimble and small forward Sid Wilson in the class of 2017.