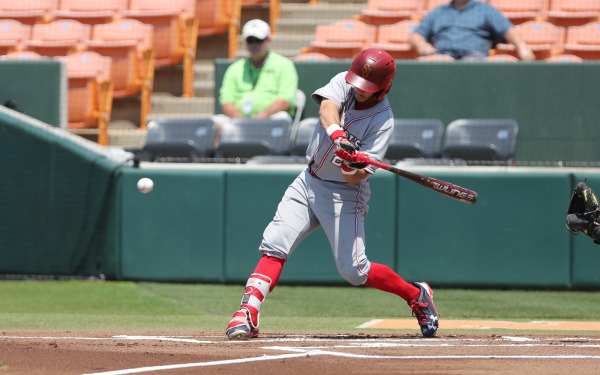 The days of 7:30 a.m. classes and long nights of studying are back for St. John’s University students. School is in session, having officially kicked off almost two weeks ago, and Red Storm sports are in high gear, with a few teams already grinding through their regular-season schedules.

With Red Storm sports shifting into gear, many headlines that the Johnnies made on and off the field are fading into the doldrums of social media pages, giving way to the most up-to-date information available. Here are four of the most newsworthy topics that came out of Queens this summer.
Mullin Makes Moves
Incoming freshman and four-star recruit Sidney Wilson, a Bronx native who announced his commitment in May, made waves with his hasty transfer from the university just a day before classes began. He almost immediately re-committed to the University of Connecticut, but will have to sit out the 2017–18 season.

That news was the final piece of a flurry of transaction for the Red Storm, who lost rising junior Federico Mussini, rising sophomore Richard Freudenberg to professional opportunities in Europe and the graduating Darien Williams. They did, however, pick up transfers Mikey Dixon (Quinnipiac) and Sedee Keita (South Carolina) and three-star recruit Bryan Trimble Jr to fill out the rest of the roster, which hopes to return to a postseason tournament for the first time since the 2014–15 season.
Baseball Players Go Pro
Other Johnnies left their respective teams to chase their professional prospects. Three former Red Storm baseball players were selected in the MLB Draft, and two more signed minor league contracts. Shortstop Jesse Berardi (Cleveland Indians), catcher Troy Dixon (Seattle Mariners) and outfielder Michael Donadio (Miami Marlins) were taken in the 10th, 20th and 30th rounds, respectively.

After the draft, Ryan McAuliffe signed with the New York Mets and catcher Kyle Cunningham agreed to a deal with the Colorado Rockies, bringing the total to five Johnnies to move on to professional, affiliated baseball teams. Berardi in particular has stood out in his brief minor league stint, earning a nod to the New York-Penn League All-Star team for the Mahoning Valley Scrappers.
Livianu’s Cinderella Run
This isn’t to say that the talent has been sapped of all St. John’s sports teams; in fact, one freshman made a noise in the postseason, just days after the spring semester ended. Jessica Livianu shocked the college tennis landscape by advancing to the Round of 16 at the NCAA Women’s Tennis Singles Championships.

She lost to 26th-ranked Kate Fahey of the University of Michigan, ended her title hopes, but Livianu, a Brooklyn native, became the first All-American in program history when she took down two players ranked in the top 30 nationally.
New York, New Logo
No matter what happened for each individual team over the summer, though, their supporters will sport a new look this year. The athletic department announced in late August that the university will roll out a fresh, New York-themed logo that simply states, “We Are New York’s Team.” The re-branded merchandise is available at the campus bookstore, a fitting way for students to ring in the new (school) year.