With the college basketball season officially underway, here's what the Johnnies need to work on heading into this season 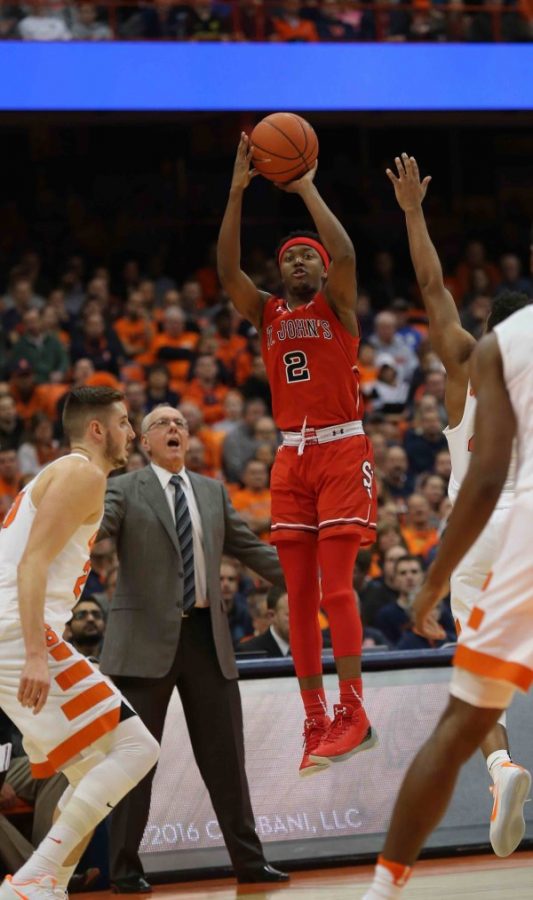 The relentless summer heat continues and we haven’t yet felt the crisp fall air, but that isn’t stopping college basketball. Even amid an enormous FBI investigation, most hoops programs, including the St. John’s men’s team, will kick off their march toward March with their first official practices today.

For all of the improvements from Year 1 to Year 2 under Mullin, plenty of questions remain, especially after the brain-boggling summer that saw multiple players leave the program, including incoming freshman Sidney Wilson, who transferred to the University of Connecticut before classes even started.

Here are three of the biggest questions that will plague the Red Storm as they begin the hunt for their first postseason appearance since 2015:

3. How will Mullin handle the frontcourt?

Yankuba Sima’s transfer to Oklahoma State midway through last season left St. John’s vertically challenged up front, with Tariq Owens as the only player taller than 6 foot 9, and thin, with just Kassoum Yakwe, Amar Alibegovic and Richard Freudenberg left to complement Owens. With Freudenberg moving back to Germany to play professionally, the Red Storm big men have an equally demanding season ahead of them.

Marvin Clark Jr. should help some, but he’s not exactly the imposing presence that Mullin’s squad has craved for the last two seasons. Transfer Sedee Keita and redshirt freshman Boubacar Diakite won’t be eligible until next season, so Mullin will have to get creative by going with a small lineup early and often.

2. Can Shamorie Ponds improve upon his freshman season?

The speedy guard led the team with 17.4 points per game and broke D’Angelo Harrison’s freshman points record en route to earning a unanimous selection to the BIG EAST All-Freshman Team. His play ranged from streaky to downright electric in his first season, so it will be interesting to see if he can be more consistent and avoid the dreaded Sophomore Slump.

Ponds earned an invite to USA Basketball’s U-19 Training Camp over the summer, so perhaps the opportunity to ball with the best elevated Ponds’ game heading into this season. He will have to battle over-confidence, though, especially if he goes into a prolonged shooting slump, and make sure he has the wherewithal to spread the ball around at all times. Let’s not kid ourselves, though; if we had to pick just one, Ponds would be the Prime Time Player on this team.

Although they led the Big East in blocks by a wide margin (50 more swats than second-place Georgetown), St. John’s still allowed a conference-worst 78.7 points per game. Their inability to stop outside shooters hurt them (Big East-worst 37.5 percent 3-point defense), as opponents lit them up from beyond the arc and didn’t stop until the Johnnies moved out of the middle, which created mid-range space that big men like Owens couldn’t close down on.

Mullin and top defensive assistant Greg St  Jean have to figure out a way to utilize his team’s impressive athletic ability without exposing their lack of an inside presence. If they can get Ponds, Marcus LoVett and Justin Simon to pick off passes and run the floor, then the Red Storm have a shot at being contenders this winter.