Men’s Soccer Impresses When It Counts 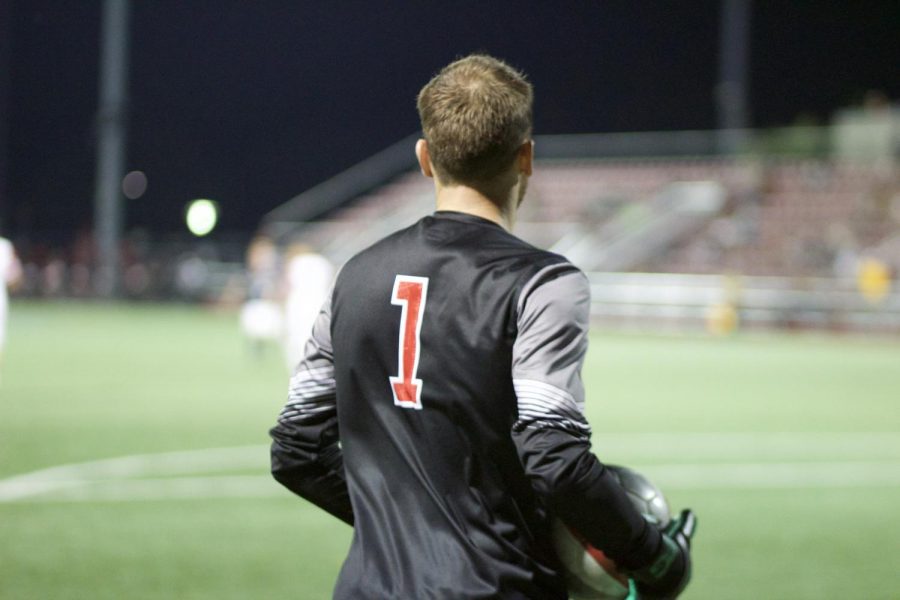 Nearly one month ago, in their eighth game of the regular season, the St. John’s men’s soccer team walked onto the field at Belson Stadium under a night sky and bright lights shining from the heavens.

The team was 4-2-1. A three game winning streak was on the line with Big East rival and No. 19 Xavier coming to Queens in search of their sixth win in eight tries.

In the way of the Musketeers was Andrew Withers, the Red Storm goalkeeper who had just earned Big East Goalkeeper of the Week honors after registering consecutive shutouts against Hofstra and Temple.

After having scored 15 goals in their first eight games of the season, Xavier managed to net zero against the Johnnies. Freshman Jack Shearer scored two goals on the night, while Filippo Ricupati added another. St. John’s beat Xavier 3-0, an upset win for Dr. Dave Masur’s team that not many predicted.

“We have a great leadership group that’s really been pushing the team forward,” he said postgame.

The game marked the fourth straight win for St. John’s and an unbeaten streak of five, both of which were the team’s longest streaks since the 2013 season.

As of October 15, the Red Storm went into their road contest against DePaul with a 5-6-2 overall mark, a 2-2-1 conference record placing them fourth out of 10 teams in the Big East.

In their second ranked matchup of the season, two games after the win against Xavier, the team traveled to Indiana to take on No. 22/16 Butler. A hard-fought match ended with the Bulldogs winning 1-0 in double overtime, the game-winning goal coming in the 105th minute on a penalty kick from Lewis Suddick.

The loss was the Red Storm’s first in Big East play. Their record, however, doesn’t equate to what the team has done on the field.

Withers has allowed just 11 goals through 13 matches, an aspect of the game he attributed to the defense during a streak in September, in which he did not allow a goal in over 200 minutes.

According to NCAA.com, Withers leads the Big East in save percentage (.833) and shutouts with five. The redshirt junior from New Zealand earned his second Big East Weekly Honor Roll award in three weeks earlier this month.

55' | CHANCE! First shot of the match for Marquette as @Luka_Prpa tries to curl left upper 90, but a diving save by Withers! Still scoreless. #MarquetteSoccer #BEfutbol pic.twitter.com/KAqtwKSvO7

Xavier was never shut out until their match with the Johnnies. Dave Enstrom, a senior midfielder, was honored for his effort in limiting the Musketeers to just three shots.

Enstrom was recognized by TopDrawerSoccer on its National Team of the Week, alongside Shearer, who became the first freshman to win Big East Offensive Player of the week this season.

Senior Harry Cooksley was named to the conference’s first Weekly Honor Roll of the season after a one-goal, two-assist performance against Drexel. Cooksley, also a 2017 unanimous Preseason All-Big East selection, earned another Honor Roll selection last week after scoring both of the Red Storm’s goals in a weather-shortened 2-2 draw against Creighton.

St. John’s has four contests remaining in the regular season, all of which will be Big East battles split between Queens and the road. The team will take on DePaul in Chicago this Sunday, followed by back-to-back home contests with Villanova and Georgetown before ending the season at Providence on the first day of November.

After their 1-0 double overtime loss to Marquette, Masur said that he was proud of his team, and that the effort must continue into the last part of the season. “Sometimes soccer can be a bit of a cruel and tough game,” he said.