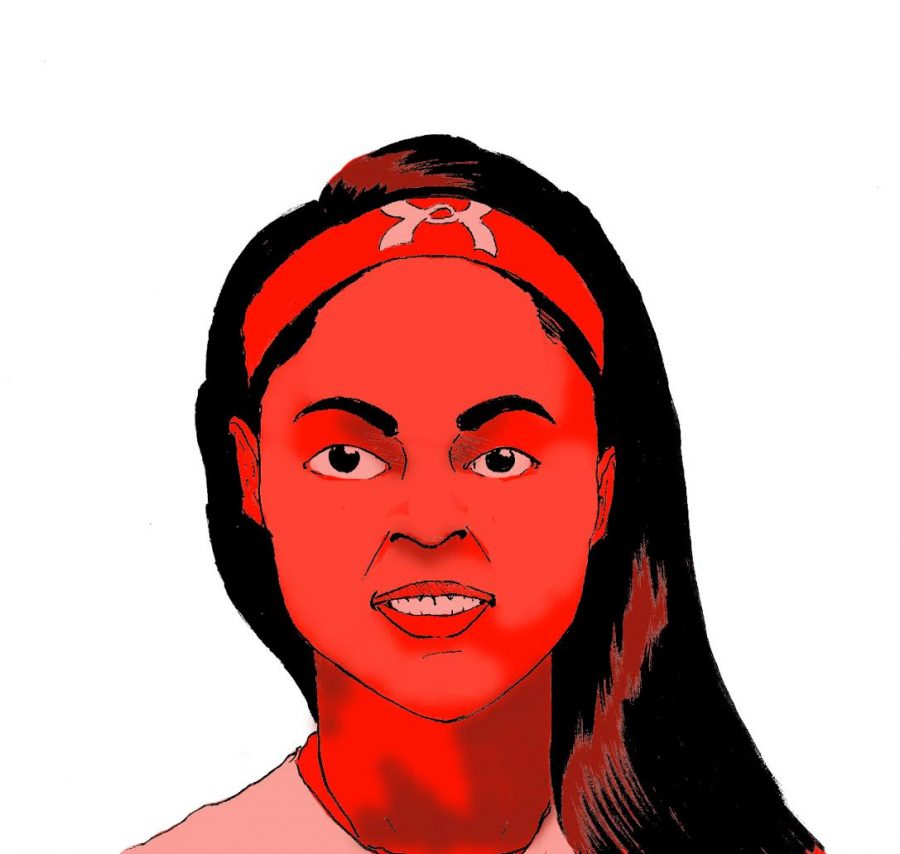 Going into her last season with the Johnnies, Tamesha “Sox” Alexander will hit the court with full force for the Red Storm this year.  During St. John’s Media Day on Oct. 26, the young point guard talked about her experience at SJU and her mindset both on and off the court.

Q: Do you have any rituals that you must perform  before a game?

No, I wouldn’t really say I have a ritual. I usually just listen to music and zone out. I come in, sit and play my pregame playlist.

I’m goofy. I like to dance and listen to music. I don’t know, I just chill. Sometimes I play video games, you know NBA 2K, but yeah mainly I just chill.

Q: Is there a particular significance to your jersey number?

No, I originally wanted number two. However, when I got here it was already taken. So, what’s better than number one?

Hmm, my favorite show right now? Well, I’m going to say Game of Thrones. I’m a Game of Thrones fan. So, I watch that and Power. Those are my two shows right now. I’ll watch other TV mostly like reality TV shows. However, those are the shows that I like.

Q: What are your predictions for the season?

I like Rihanna. She’s dope. I like Chris Brown. He’s dope too. When I’m feeling in tomboy-ish mood, I’ll go to him. His collection of clothes is really nice. Rihanna is just super dope. Anything she does is super dope.

Q: How do you handle pressure before and during a game?

I handle pressure during the game by not letting a mistake or something distract me. I just try to shake it off. Before the game, I don’t think about it too much. I try to be as loose and free as possible.

When I was in high school, I had a great rapport with Coach T. The year I committed, he became the head coach. I felt the family environment when I committed and I loved the teammates. It was a great program I was stepping into. So, I felt comfortable here.

Q:  What are your plans for the future?

Well, I want to get my master‘s after graduating with a business degree. I also want to get into coaching when I’m done.

Q: Being from Philadelphia, did it feel like a big change coming to New York?

No, it’s very similar to Philly. Everything was really the same. I think it just more people. Just more lights.