COURTSIDE: Brelovin’ It In Queens 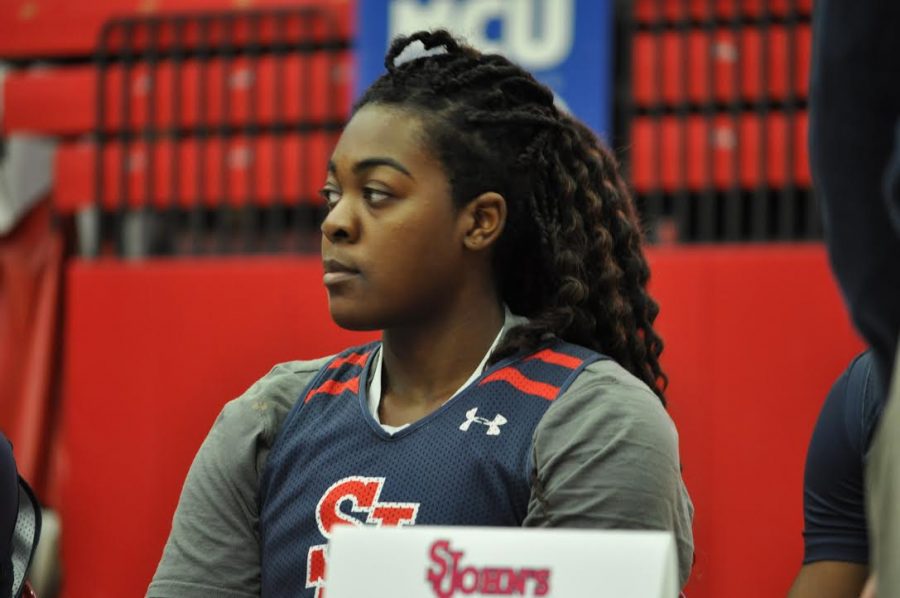 “I always knew that the small town was a great place that supported my dreams, but it wasn’t the place to follow them.”

For self-proclaimed country girl Curteeona Brelove, the journey to playing for St. John’s included a few pit-stops up the east coast.

Coming from the Snowhill neighborhood of a small country town called Malone in Florida right by the Alabama and Georgia state lines, Brelove found it hard to imagine a city like New York in her future. She said in a town so small that there are only two stop lights, one grocery store, one gas station and a few other small businesses, there are not many opportunities outside of being a farmer, correctional officer or a student at the junior college.

“I live on a dirt road with a lot of trees, and a cow field is right across from my house. Many people don’t believe that Florida has really [a] countryside to it,” Brelove said.

She went to a K-12 school where she said “everyone knows everyone” and spent the rest of her days outside either playing basketball or tending to the farm animals with her grandfather.

“Basketball has been a part of my life for so long and I couldn’t imagine being in the position I’m in without it and the support from my mom and town,” Brelove said. “All I’ve ever known was school, basketball, family and faith, not necessarily in that order.”

The 6-foot-2 senior forward signed with the program last May as a transfer from Virginia Commonwealth University in Richmond. As a junior, she appeared in 29 of the Rams’ 31 games, making 13 starts and averaging 8.3 points in 22.0 minutes per game.

Having the chance to transfer to St. John’s helped Brelove realize it was time for a change from VCU and she said everything “just felt right.”

“Once the coaches from St. John’s contacted me and I found out the school was in New York, I was almost completely sold,” she said. “New York, to me, was a place that seemed as if it was on another planet, so I wanted to take advantage of this opportunity if I could.”

And she did just that. Brelove said that so far being part of the Red Storm has been great, practice is going well and her coaches and teammates are fun to be around.

The relationships she’s building off the court will most likely translate into her role with the team on the court, as she said her key traits like aggression, leadership and bringing energy to the floor will help her contribute.

“I would say my greatest strengths are being able to score, be a presence on defense and communicate with my coaches and teammates with understanding, knowing they have my back.” Brelove said of her skill set. “[And] Being able to make and create plays with and without the ball in my hands.”

The forward has some high expectations for herself and for the rest of her team this season, including winning the Big East Tournament and going to the NCAA Tournament.

“My expectations for the team as well as myself are to be as great as we can be as individuals and student-athletes,” she said. “We have so much potential and it shows every day in practice. The ultimate goal is to grow and get better in all areas — school, basketball, etc., in every way possible, making us a stronger team and closer to achieving our goals.”

Analysts have hinted that Brelove is going to surprise those watching this season. She agrees, adding that she thinks she’ll surprise herself even more.

“I’m in a new place, with new people, and I want to be a better and new me,” she said. “I’m striving to be the player who does the expected, as well as the unexpected in the best way possible, to help my team be even greater.”