After sitting out last season due to NCAA transfer rules, Justin Simon and Marvin Clark II are focused on getting back to basketball 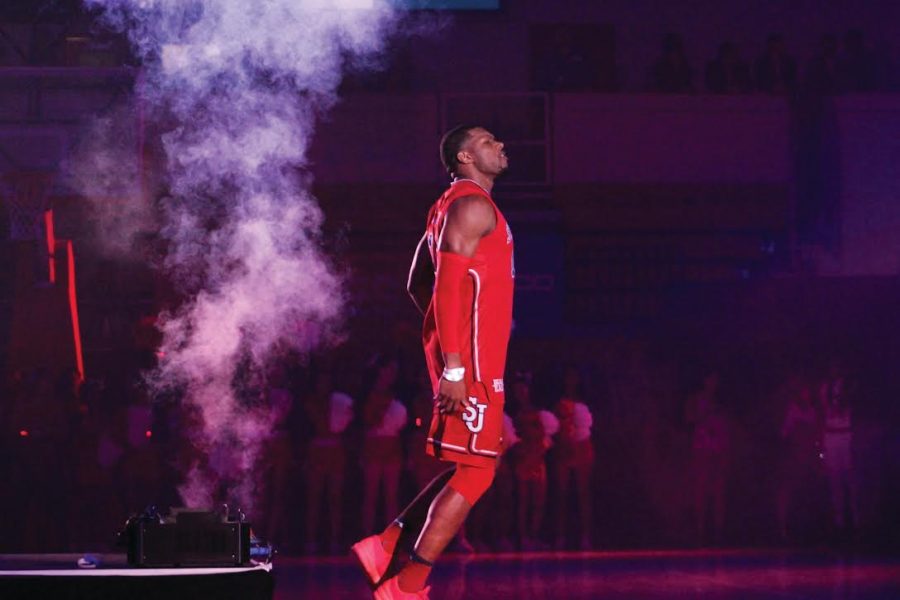 The St. John’s Red Storm men’s basketball team finished last season at 14-19, six wins more than they had in Chris Mullin’s first year coaching the team. The Red Storm’s big step forward was due to the addition of guards Shamorie Ponds and Marcus Lovett. The two made up  one of the highest scoring backcourts in the nation.

However, their next step forward may be even bigger than the last one. Enter 6-foot-5 guard Justin Simon and 6-foot-7 forward Marvin Clark II, two transfers who are ready to make an immediate impact.

Izzo is a Hall of Fame coach with 19 consecutive appearances in the NCAA tournament, and Miller is a four-time Coach of the Year Award winner. After playing at such a high level, both Simon and Clark II feel the knowledge they gained on their previous teams can carry over to their new team in Queens.

Despite not being able to play, Simon and Clark II aimed to stay in top shape throughout the season. The two worked out together throughout the offseason developing a close friendship along the way. Both feel their bond can help the Red Storm’s chemistry on and off the court.

“It can help us a lot. Our team, our locker room has come together a lot since last year,” Simon said. “This team is real close. We all get along, have fun and just enjoy the process.”

Clark II echoed Simon’s comments saying that he believes the chemistry they’ve built has already spread throughout the locker room.

Two years into the Mullin era, his style of play has become clear. The Johnnies are quick, athletic and can fly up and down the court.

“If you look at them physically, you would see we didn’t have players like that on our roster,” Mullin said of Clark II and Simon. “It’s a huge plus for us.”

Two areas of concern for St. John’s in recent years have been defense and rebounding. By adding Simon and Clark II to the team, Lovett feels both can help improve those deficiencies.

“Simon’s long, a big guy, a big guard who can grab some rebounds for us and defensively help us out,” Lovett said. “Marvin is a big body and he can bang with the bigs down there.”

Ponds says Simon is great at getting his teammates involved and that Clark II can play any position necessary.

“I feel confident in Justin and Marvin, I feel they’re going to have a great impact this year,” Ponds said.

Upon entering college, Simon was a five-star prospect and Clark II was ranked as a four-star recruit. For a St. John’s team that went 8-24 just two seasons ago, Mullin is a product that is clearly starting to sell. Simon and Clark II are just the latest buyers.

“I’ve been impressed with the guys they’ve brought in, from the players to the staff,” Simon said. “That connection between us, and seeing guys develop has really impressed me.”

Now, it’s up to Simon and Clark II to impress.