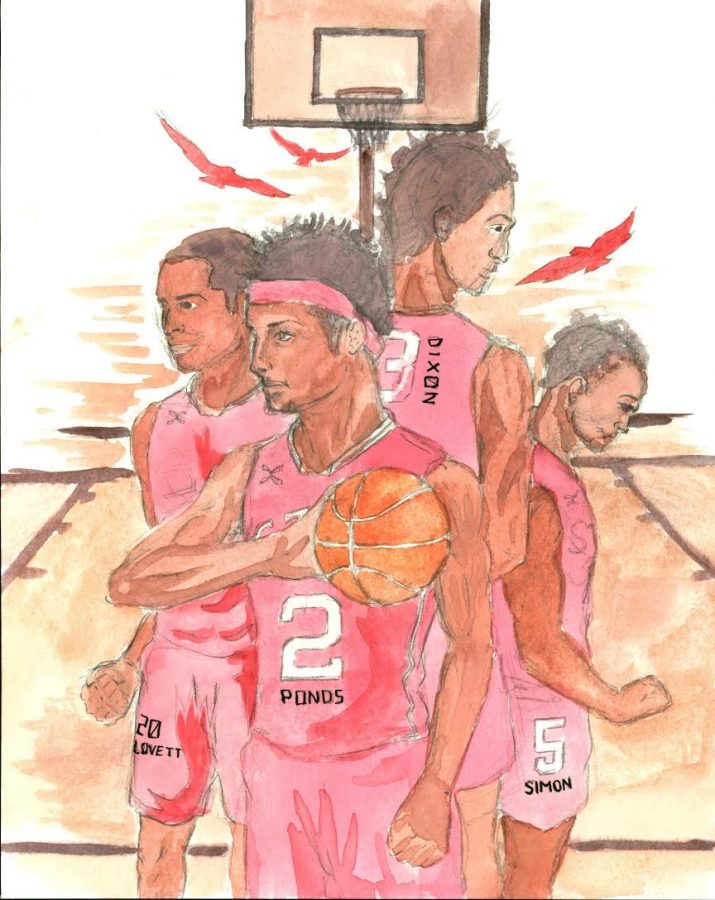 As the game of basketball evolves, players, coaches, analysts and spectators have noticed that players seem to be more and more athletic each year.

Big men are expected to be quicker and more agile, and better shooters. Wings are supposed to be able to shoot, run the floor and guard multiple positions.

Particularly with guards, however, there has been a sharp rise in speed, ball-handling skills and shooting ability of players who run the offense.

As those high school players take the next step into the college game, they’re showcasing a new level of athleticism at the one and two positions in college hoops. St. John’s basketball epitomizes that playing style.

Five years of recruiting comprises the current Red Storm roster, one that is stocked with quick and skilled young guards ready to take the reins of New York’s team.

For those who watched Red Storm basketball last season, Shamorie Ponds should be a familiar face. The sophomore guard from Brooklyn came out firing in his freshman campaign, averaging 17.4 points per game, shattering D’Angelo Harrison’s freshman record for points scored and finishing fifth in scoring in the Big East.

He dazzled fans with his sheer quickness, finishing ability at the rim and tendency for hitting clutch three pointers, all of which  frustrated Big East perimeter defenders.

Alongside him was redshirt freshman Marcus LoVett, who was also unanimously selected to the Big East All-Freshman Team and a top-10 conference scorer. The Fort Wayne, Indiana native sported a deadly pull-up and mid-range jumpers that seemed impossible to guard.

He tallied two 30-point games, tying Maurice Harkless’ freshman record. The duo was dubbed one of the most skilled scoring backcourts in the Big East and NCAA, garnering national attention despite the team missing the NCAA Tournament.

Now there will be an addition to that tandem who watched on the sidelines last season and is ready to come in and contribute in 2017.

Mikey Dixon with this acrobatic finish and a foul – follows with a 3. Bobcats lead Indiana State 20-15, 11:06 left 1H. pic.twitter.com/EoB3JhPXcG

Justin Simon, a redshirt sophomore who transferred from the University of Arizona before last season, will take the court this November for St. John’s. He had a small sample size, but his per-40-minutes averages were strong: 12.4 points and 6.4 rebounds per game. Simon also displays blinding speed in his game.

He may or may not bring a scoring boost to the squad, but one thing is for sure; he will certainly bring versatility and toughness.

Ponds said he believes in Simon. “He’s going to come in and instantly affect the game, defensively and offensively,” he said. “He knows how to pick his spots. His jumpshot is getting much better. He can get his teammates involved.”

On the bench this season for the Johnnies is former Metro Atlantic Athletic Conference Rookie of the Year Mikey Dixon. The Quinnipiac University transfer will observe from the sidelines.

The fast, sharp-shooting Dixon finished ninth all time in Quinnipiac history in points for a season in his freshman year. He will bring that sort of impact to Carnesecca Arena and Madison Square Garden next season, rounding out an intimidating quartet of guards that will give opponents nightmares.

Those who enjoy watching fast-paced basketball won’t want to take their eyes off a game these next couple seasons. Fans will be watching some of the most athletic, skilled and explosive guards in all of college basketball that will fuel the Red Storm’s hunt for their first NCAA tournament berth since 2015.