Catching up on all of the latest Red Storm action 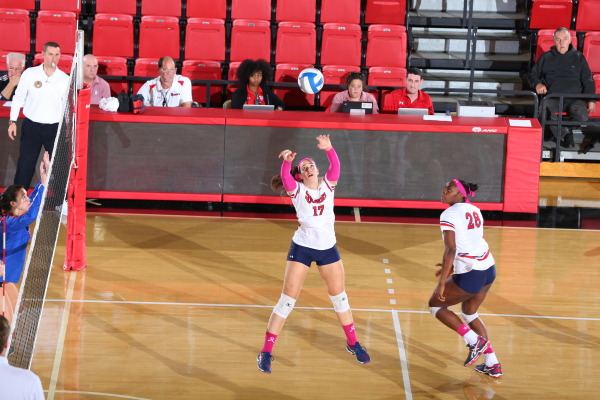 The women’s volleyball team fell short to Seton Hall, three sets to one, on Saturday. They topped the Pirates in block and digs, but could not rack up enough kills. The opening set of the match began with the Pirates taking a 15-12 lead. The Red Storm persisted, but in the final set, with the score knotted up at 10, the Pirates went on a 10-5 run to take a 20-15 lead. Senior Delaney D’Amore had 17 digs, giving her 1,005 in her Red Storm career. Erica Di Maulo dished out 55 assists, her third-highest total of the season.

This past weekend, three St. John’s fencers participated in the North American Cup in Kansas City.

Sophomore Shomari Moore finished 50th out of 256 fencers in men’s epee. He tallied up four victories but came up short in the end.

The Red Storm will take a lengthy break, returning to the mat on the morning of Dec. 3 for the famed Brandeis Invitational in Waltham, Mass. The six-team field includes Yale, University of North Carolina, Cornell and Incarnate Word.

On Friday, the St. John’s cross country team ran in the 2017 NCAA Northeast Regional. The team finished with four runners placing in the top 200.

Sophomore Therese Gallagher finished at 24:16.8, good for 170th. Sophomore, Stephanie Gerland finished in 195th with a time of 24:45.1. Senior, Melissa Hidalgo did not finish the race due to a back injury.

The Red Storm have a quick turnaround, running in the Eastern College Athletic Conference Championship on Nov. 18 at Van Cortlandt Park in the Bronx.