With the baseball season just around the corner, the man in charge has already picked up his first accolade of 2018. 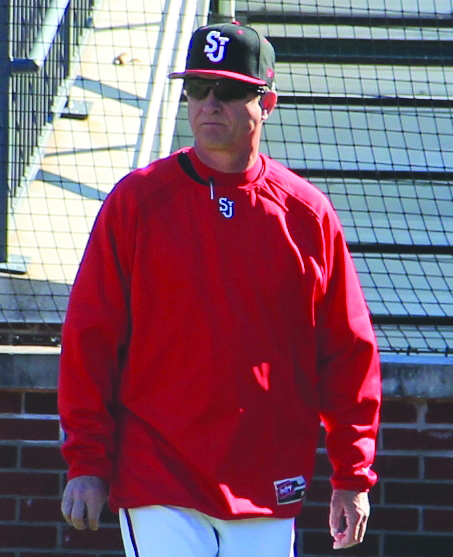 Cooperstown welcomed its newest inductees into the Baseball Hall this month. Queens’ lead man got his own taste of glory.

Red Storm head baseball coach Ed Blankmeyer was inducted into the American Baseball Coaches Association Hall of Fame on Jan. 7, the third St. John’s skipper to be  honored by the ABCA. Other inductees included 1979 inductee Jack Kaiser and Joe Russo in 1997.

The top dog in the Johnny dugout has earned a hallowed position in the ranks of collegiate baseball. Just the three Hall of Famers have managed the club since 1956, and of all of the coaches in program history, nobody has won more games than Blankmeyer.

“Without outstanding players that are team oriented, it’s very difficult to achieve championship success,” Blankmeyer said, displaying his humility during his acceptance speech. “I have been blessed to coach many great players over my 38 years as a college coach.

Since taking over before the 1996 season, Blankmeyer has accumulated 758 wins, four Big East tournament titles, five regular season conference crowns and 10 trips to the NCAA Tournament. His teams have played to a .620 win percentage.

“My goal was to teach them to play the right way and, through lessons of baseball, make them better men,” Blankmeyer said to a crowd that included former players and assistants. “I pray that I accomplished this goal.”

While lessons of life may have been his ultimate goal, his baseball wisdom has also proven plenty helpful over his 22 seasons at the helm. More than 100 players have gone on to sign professional contracts after playing under Blankmeyer either in Queens or during his time as an assistant at Seton Hall, including current Giants second baseman Joe Panik, former American League MVP Mo Vaughn and Baseball Hall of Famer Craig Biggio.

With the help of Blankmeyer, a winning tradition has been carried on at St. John’s.

“Baseball has given me a lot to be thankful for,” he said of his time as a coach. “It’s given me a livelihood and I haven’t worked a day in my life. It’s provided me with great friends, and most of all it has taught me a lot about life, relationships and what is truly important.”

For now, the time of celebration and reflection can continue. Soon enough, the temperatures will rise, and with it the stirrups on the legs of baseball players nationwide. Blankmeyer will begin his 23rd season on the Red Storm bench this coming February.

The newest inductee will still have work to do.