Looking to bounce back from a 1-13 2017 campaign, the Red Storm will once again play a tough schedule. 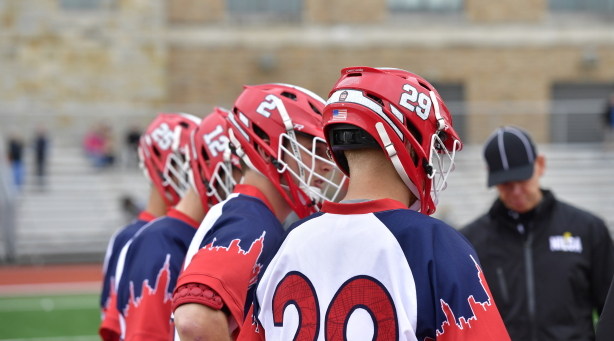 The St. John’s lacrosse team announced their 2018 schedule two weeks ago, with top Division I competition scattered across it. Head Coach Jason Miller and the Big East made the announcement and added that their April 28th matchup with Georgetown would be televised.

The Red Storm will open the season with two exhibition matches on Jan. 27 and Feb. 3, facing off against Marist and Fairfield, respectively.

Following the tune-ups, the team will start their regular season in an away game in New Jersey against Rutgers. The Johnnies come back for a two game stretch to host Hartford and High Point.

St. John’s will then go back on the road and head south to face one of the best teams in the country on their home turf. North Carolina, the No. 9 seed of the 2017 NCAA Lacrosse Tournament and 2016 NCAA Tournament champion, will likely be St. John’s most exciting non-conference opponent of the season.

The team will stop in Philadelphia on their way home to face off against St. Joseph’s at Sweeney Field. The Red Storm then begin a three-game home stand that begins when the Saints of Siena visit Queens on March 10.,

Matchups against Dartmouth and Hofstra will follow over a two-week span. It will the first time in St. John’s program history that the team will play Dartmouth.

The Johnnies will then hit the road again for their first intra-conference game at Providence in Rhode Island. After a stop at Stony Brook for their first game in April, the the Red Storm will go on a challenging three-game stint.

Miller’s team will face two consecutive 2017 NCAA Tournament teams, playing Marquette here in Queens before going out to Colorado to face Denver. A home contest with Villanova at home will come a week before finishing the season in a match with Georgetown.

Despite a tough schedule, St. John’s will look to bounce back this season after their 1-13 campaign in 2017. 11 of the 14 teams they take on this season are rematches from last year.

Seven of the schools the Red Storm will play received at least one vote in the USILA Coaches Poll, according to RedStormSports.com.