Despite close games, the Red Storm could not escape with a victory over the holidays. 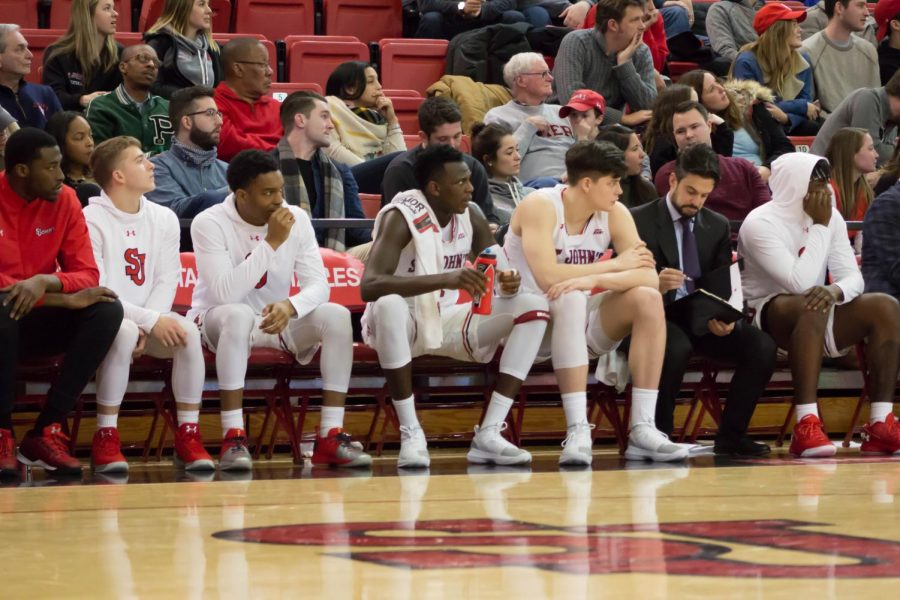 The St. John’s Red Storm were rolling and firing on all cylinders, restoring hope in a program surrounded by mediocrity for far too long. Transfers Justin Simon and Marvin Clark II were as good as advertised, and the Johnnies posted a 10-2 record at the conclusion of their non-conference schedule. As soon as Dec. 28 came around, Big East play proved be a rude awakening, starting with their first game against Providence.

A packed house at Carnesecca Arena was on hand to watch the Friars dominate St. John’s 94-72 in their first game of conference play. Providence shot 53% from three, but a bigger concern was the amount of rebounds the Johnnies allowed that gave their opponent so many second chance points, the team’s biggest weakness.

“It’s something we will look at in detail tomorrow, but in general they just were living in our paint,” Head Coach Chris Mullin said after the game. “It was their main point of attack.”

It was a bit of a setback considering St. John’s was favored on their home court, but to the surprise of many, it never got better from there.

Sure, the Red Storm badly missed guard Marcus LoVett, who is now out for the season. Regardless, the talent was still there to compensate for his absence.

The next eight games would produce a similar result, and as of Tuesday, St. John’s fell to 0-9 in the Big East and 10-11 overall after a 93-89 loss in double overtime to Georgetown and a 68-63 loss to Creighton.

There were some valiant efforts along the way, and the Red Storm played ranked opponents to the very end. On New Year’s Eve, St. John’s was without LoVett and guard Shamorie Ponds against Seton Hall on the road..

Considering the team only lost by five points, it looked as if St. John’s would be able to turn a corner if they remained consistent and battled until the very end.

They went on to lose by single digits to Xavier and Creighton away from home. Ponds scored a career-high 37 points in a 78-71 loss to top-ranked Villanova at Madison Square Garden in a game they led at halftime.

To have an improved roster but start 0-9 this season is a major step back that is reminiscent of Mullin’s first year here.

To their credit, the team is playing shorthanded, further hampered by lack of depth on their bench. Poor execution, discipline, and an inability to close out games is a cause for concern for a team with seasoned players.

There’s no doubt Mullin has brought in the talent through local recruiting and national transfers, but if the struggles continue for the Red Storm, it may be time to question why that talent isn’t performing at a higher level.