St. John’s Loses Heartbreaker to No. 6 Xavier at Home

Shamorie Ponds collected his 1,000th career point in the loss to the Musketeers. 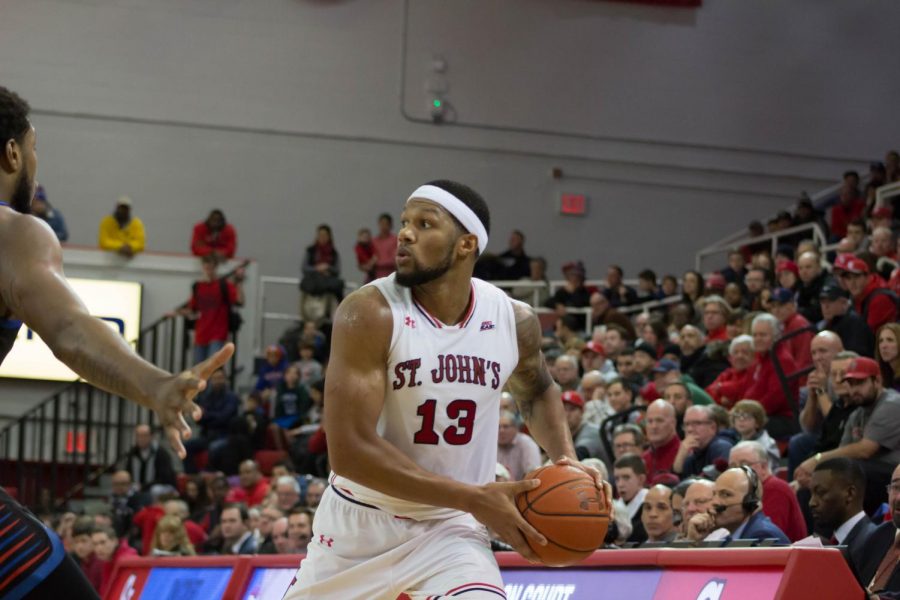 It was all set up for the perfect Cinderella story.

Winless in the conference St. John’s, playing sixth ranked Xavier, all tied up at 67 with just over two minutes to play. Then a series of unfortunate events gave the Musketeers the fuel they needed to escape Queens with a 73-68 win.

The X-Men were led by Trevon Bluiett, who used a strong second half gather a team-high 14 points. In addition to Bluiett, Xavier had three other players score in double-figures.

Kerem Kanter and Quentin Goodin both finished with 13, and J.P. Macura chipped in 11.

“We’re just trying to stay positive and keep a positive mindset,” Shamorie Ponds said after the game. Despite the loss, Ponds finished with 31 points, and in the process scored his 1,000th career point.

“I just try and stay aggressive and let the game come to me,” Ponds said about his achievement.

Despite the loss, the game was not without controversy. A questionable loose ball foul on Bashir Ahmed resulted in two free throws, and a controversial goaltending goal gave the Musketeers four key free throws.

Mullin was most frustrated about a shot clock violation called down the stretch. He felt Bashir Ahmed was being fouled and therefore could not get a shot off.

“I’m proud of the way these guys are playing, it’s just about getting the W, and we’re going to keep working towards that,” Mullin said. “They’re right there, there’s no disputing that.”

After the game, Marvin Clark II eluded to the fact that missed free throws troubled the Red Storm down the stretch. As a team, they only took 16 free throws, only making 10. Key misses from Justin Simon and Ahmed prevented St. John’s from pulling off the upset.

In addition to Ponds, Clark II had another strong game in his debut season for the Red Storm. He finished with 19 points and seven rebounds in 40 minutes of action. Simon, his fellow transfer, had a relatively quiet night. He was held to three points and five rebounds.

With another close loss, the team now falls to 0-11 in the Big East and 10-13 overall. This game against No. 6 Xavier was the first of a three game stretch featuring ranked opponents.

On Saturday, it is No. 4 Duke at Madison Square Garden. Shortly after that, it’s a trip to the City of Brotherly Love for a date with the top ranked Villanova Wildcats.