Marquette outlasted the Johnnies in the final regular season game of the year. 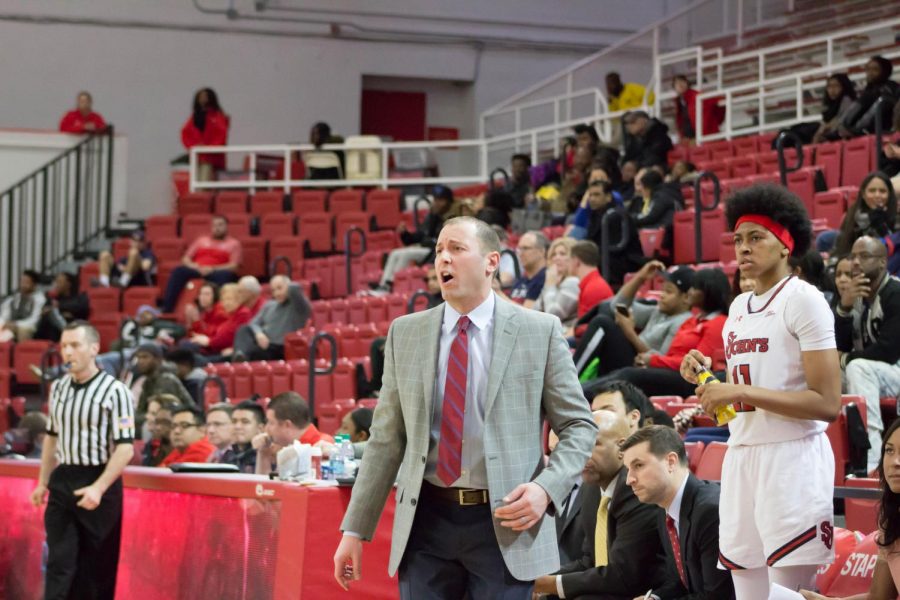 The St. John’s women’s basketball team honored seniors Maya Singleton, Imani Littleton and Tamisha Alexander with a ceremony prior to tipoff at Carnesecca Arena on Sunday. The celebration was short lived as Marquette (20-8, 14-3 Big East) trounced St. John’s in their final game of the regular season.

The Red Storm got off to a slow start, hitting only five of their 16 field goal attempts in the first quarter. This allowed for Marquette to get out to a 19-10 lead after the first ten minutes of play.

Early on in the second quarter, it looked as if the St. John’s might turn things around. They cut the Marquette lead to six with 5:53 to go, but couldn’t build a solid run to overtake the lead, resulting in a 36-25 Golden Eagle advantage at the end of the first half.

“As poorly as we played we were still in the game”, Head Coach Joe Tartamella said postgame about his team’s deficit at halftime.

The third quarter saw little light for a comeback.

Marquette took off with the lead thanks to strong contributions from juniors Allazia Blockton and Amani Wilborn. They pushed their lead to 18 at the end of the third quarter.

In the fourth quarter there was no looking back for the Golden Eagles as they continued to extend their lead. The seniors for St. John’s were pulled with a minute to go in the game, receiving a round of applause from the home faithful.

The win by Marquette moved them up in the Big East standings, where they are now tied atop the conference with DePaul. Both teams will share the regular-season title. The tiebreaker for the No. 1 seed in the conference tournament came both teams records against the next highest team, Villanova. Marquette went 2-0 against the Wildcats this year, while DePaul was 1-1. This will give Marquette a first round bye in the Big East Tournament next week in Chicago.

Speaking of the final regular season game of her career, Alexander reflected on her time in Queens.

“The ending is sad,” she said. “But all good things must come to an end.”

After the game, Tartamella was proud of his seniors, who possibly played their final home game on Sunday. It will all depend on if the Red Storm play in the NIT tournament.

“They’re all so different,” he said after the game.

When asked about what his team has to improve on, Tartamella focused on one particular area.

“We have to focus on a bunch of things,” he said. And certainly, you know your opponent having played [the team they will play in the Big East tournament] twice. We need to get on to next play mode and every possession is critical.”

The Red Storm finished the season with a 16-13 overall record, 9-9 in Big East play. With the Big East Tournament next week, the Red Storm have a lot to improve upon in a short amount of time.